A young mum was attacked by a crazed knifeman and brutally butchered in her own home while nursing her new born baby daughter.

Kelly Bain, 26, was on maternity leave with the one-month-old tot when an unknown man slipped into her home and locked her maid in the loo.

Then he stabbed the pretty blonde mother-of-two twice in the neck severing an artery and once in the body leaving her on the floor in a pool of blood.

Moments later her fiance Christopher Bonus, 34, had returned home to pay the maid her wages and heard the maid screaming for help in the bathroom.

He walked straight into his bride-to-be's attacker and the pair of them scuffled but the attacker broke free and is said to have vaulted a fence and escaped.

The couple were engaged last November and were planning to marry in the next few months and had just celebrated the birth of their first child together. 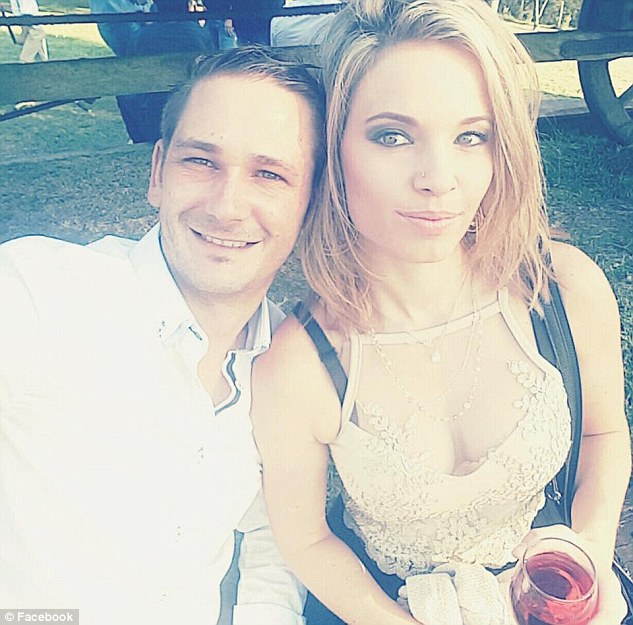 Their unnamed daughter was in a nearby cot and was unhurt during their attack.

Kelly has another daughter Holly, 5, from a previous relationship who was not at home of the time of the attack in their townhouse in Port Elizabeth, South Africa.

It is believed the young mum who worked at the nearby Nelson Mandela University was murdered for her engagement ring which was missing from her finger.

A team of detectives assigned to the case specialise in serious and violent crimes. 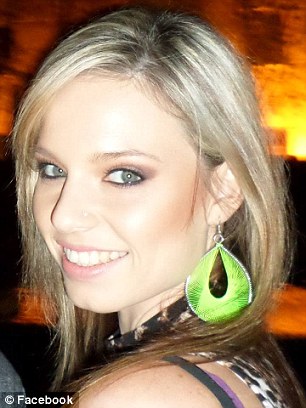 Police said they were still investigating whether or not a man caught on CCTV running from the scene and hitching a lift on a passing truck was the killer.

'A scuffle ensued between them but the attacker managed to flee. The woman sustained stab wounds to her neck and body and was lying on the bedroom floor. 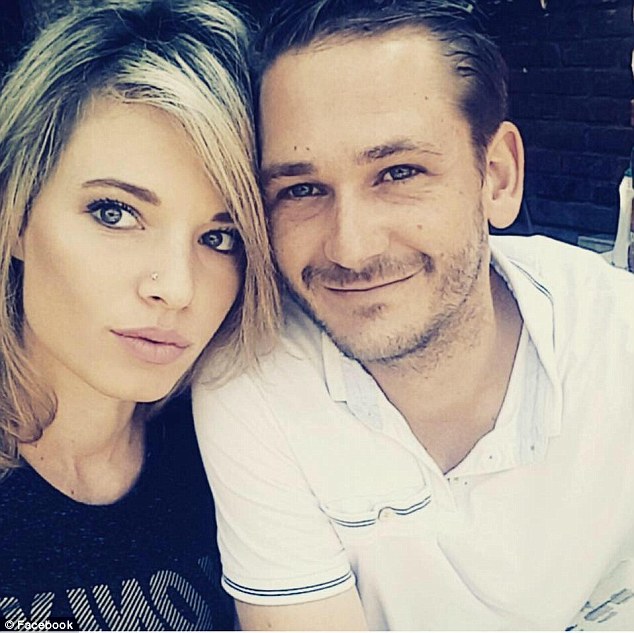 'She succumbed to her injuries. The domestic worker was allegedly locked in the bathroom by the suspect and the baby was found unharmed in the house.

'There appears to be no forced entry however detectives are still on the scene gathering evidence. We are investigating a case of murder and robbery' he said.

Captain Rheeder said a large knife was found in the house and taken away by forensic experts and CCTV images captured by neighbours was being studied.

A 70-year-old neighbour Hans Frahm said: 'I saw Mr Bonus running into the road screaming for help and I ran outside to find out what was going on.

'He said 'get your gun' so I returned armed but by the time I got outside the guy had already fled. We have robberies around here but not a murder before'.

Mr Bonus who works in the family plastic manufacturing business had been with Kelly for nearly two years ago and they got engaged last November on a beach.

In a Facebook post in April last year he wrote above a pic of them together: 'My Absolute World you. Thank you for letting our paths cross. Lots of Loves'.