The South’s Shocking Hidden History: Thousands of Blacks Forced Into Slavery Until WW2

Jan 16, 2013 Source: alternet.org
The horrifying, little-known story of how hundreds of thousands of blacks worked in brutal bondage right up to the middle of the 20th century. 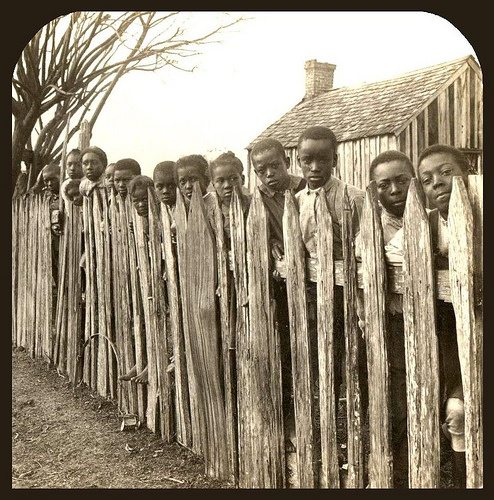 On July 31, 1903, a letter addressed to President Theodore Roosevelt arrived at the White House. It had been mailed from the town of Bainbridge, Georgia, the prosperous seat of a cotton county perched on the Florida state line.

The sender was a barely literate African American woman named Carrie Kinsey. With little punctuation and few capital letters, she penned the bare facts of the abduction of her fourteen-year-old brother, James Robinson, who a year earlier had been sold into involuntary servitude.

Kinsey had already asked for help from the powerful white people in her world. She knew where her brother had been taken—a vast plantation not far away called Kinderlou. There, hundreds of black men and boys were held in chains and forced to labor in the fields or in one of several factories owned by the McRee family, one of the wealthiest and most powerful in Georgia. No white official in this corner of the state would take an interest in the abduction and enslavement of a black teenager.

Confronted with a world of indifferent white people, Mrs. Kinsey did the only remaining thing she could think of. Newspapers across the country had recently reported on a speech by Roosevelt promising a “square deal” for black Americans. Mrs. Kinsey decided that her only remaining hope was to beg the president of the United States to help her brother.

“Mr. Prassident,” she wrote. “They wont let me have him.… He hase not don nothing for them to have him in chanes so I rite to you for your help.”

Considered more than a century later, her letter courses with desperation and submerged outrage. Yet when received at the White House, it was slipped into a small rectangular folder and forwarded to the Department of Justice. There, it was tagged with a reference number, 12007, and filed away. Teddy Roosevelt never saw it. No action was taken. Her words lie still at the National Archives just outside Washington, D.C.

As dumbfounding as the story told by the Carrie Kinsey letter is, far more remarkable is what surrounds that letter at the National Archives. In the same box that holds her grief-stricken missive are at least half a dozen other pieces of correspondence recounting other stories of kidnapping, perversion of the courts, or human trafficking—as horrifying as, or worse than, Carrie Kinsey’s tale. It is the same in the next box on the shelf. And the one before. And the ones on either side of those. And the next and the next. And on and on. Thousands and thousands of plaintive letters and grimly bureaucratic responses—altogether at least 30,000 pages of original material—chronicle cases of forced labor and involuntary servitude in the South decades after the end of the Civil War.

“i have a little girl that has been kidnapped from me … and i cant get her out,” wrote Reverend L. R. Farmer, pastor of a black Baptist church in Morganton, North Carolina. “i want ask you is it law for people to whip (col) people and keep them and not allow them to leave without a pass.”

A farmer near Pine Apple, Alabama, named J. R. Adams, writing of terrible abuses by the dominant landowning family in the county, was one of the astonishingly few white southerners who also complained to the Department of Justice. “They have held negroes … for years,” Adams wrote. “It is a very rare thing that a negro escapes.”

A similar body of material rests in the files of the National Association for the Advancement of Colored People, the one institution that undertook any sustained effort to address at least the most terrible cases. Dwarfing everything at those repositories are the still largely unexamined collections of local records in courthouses across the South. In dank basements, abandoned buildings, and local archives, seemingly endless numbers of files contain hundreds of thousands of handwritten entries documenting in monotonous granularity the details of an immense, metastasizing horror that stretched well into the twentieth century.