The Twelfth Viking: Holger the Dane 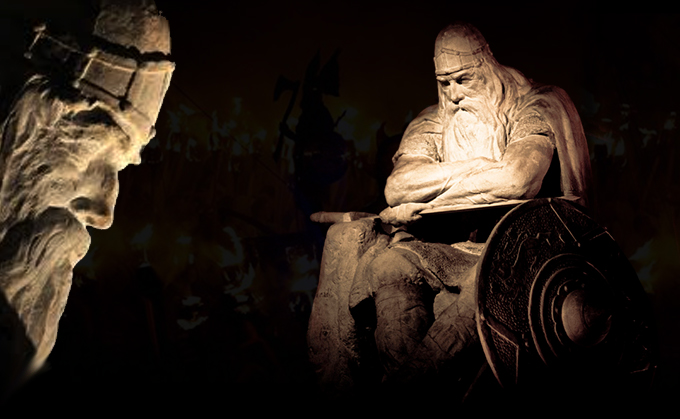 At the Battle of Poitiers in 732, the Frankish king Charles Martel defeated the Saracens and pushed the forces of Islam back into the Iberian Peninsula.

It was not until 1492 that the Moors were finally thrown out of Europe, but in the meantime the Islamic virus was contained in Spain and Portugal, and thus kept out of the heart of Western Europe.

One of Charles Martel’s comrades-in-arms at Poitiers was a warrior of the North known as Ogier le Danois, later Holger Danske, or Holger the Dane. Although Holger was a historical figure, little is known of him, and most of the written material about him is drawn from legend.

According to the chroniclers, Holger had previously done battle with the Franks over their incursions into Danish territory. But in 732 the menace of the Saracens forced him to set aside his differences with Charles Martel and journey southwards to fight side-by-side with the Frankish forces against the common enemy.

At the end of his days, Holger, like King Arthur, retired to a secluded keep to enter a twilight sleep from which he will awake in the hour of his country’s need. The location most frequently cited for Holger’s rest is Kronborg castle at Helsingør (or "Elsinore”, per Shakespeare).

Hans Christian Andersen has distilled the popular form of the ancient tale into one of his stories:

This is in formal Danish, so I made a go of translating it. Forgive me, Kepiblanc, Yorkshireminer, Asger, and all the rest! I am a novice at the tongue of the Vikings:

But the fairest sight of all is the old castle of Kronborg, and under it sits Holger Danske in the deep, dark cellar which no one enters; he is clad in iron and steel and rests his head on his stalwart arm; his long beard hangs down upon the marble table where it has become stuck fast; he sleeps and dreams, but in his dreams he sees everything that comes to pass in Denmark. Every Christmas Eve an angel of God comes to tell him that all he has dreamed is true, and that he may go to back to sleep again, for Denmark is not yet in any danger! but if it should ever come, then old Holger Danske will rouse himself, and the table will break apart as he pulls out his beard! Then he will come forth, and strike a blow that shall be heard throughout all the countries of the world.

Now, if even a trace of the blood of the Men of the North runs in your veins, or if you have lived long enough among them to have acquired some of their spirit, the hair on the back of your neck will rise when you read these words, and you will say, "Yes! This is the hero, the man who will defend us during the troubles that are surely coming.”

Holger Danske has put me in mind of my favorite English poet, Ted Hughes.

Hughes was a Yorkshireman, and the blood of the Danes runs thick in the veins of Yorkshire. Especially in the North Riding — the closer one gets to Whitby, the more natural blond hair in evidence, and the more obvious the Danish place names.

Ted Hughes wrote a number of poems that touched on the Men of the North, and I’ve collected some samples below. Warning to our Danish readers: this is modern poetic English! It may try your skills a bit, but your efforts will be rewarded. I made my way through the Holger story in Danish, so fair is fair; now it’s your turn.

The Warriors of the North

Thawed at the red and black disgorging of abbeys,
The bountiful, cleft casks,
The fluttering bowels of the women of dead burghers,
And the elaborate, patient gold of the Gaels.

To no end
But this timely expenditure of themselves,
A cash-down, beforehand revenge, with extra,
For the gruelling relapse and prolongueur of their blood

Into the iron arteries of Calvin.

Against the rubber tongues of cows and
the hoeing hands of men
Thistles spike the summer air
And crackle open under a blue-black pressure.

Every one a revengeful burst
Of resurrection, a grasped fistful
Of splintered weapons and Icelandic frost thrust up
From the underground stain of a decayed Viking.

They are like pale hair and the gutturals of dialects.
Every one manages a plume of blood.
Then they grow grey, like men.
Mown down, it is a feud. Their sons appear,

Stiff with weapons, fighting back over the same ground.

The third section of Ted Hughes’ "Gog” evokes Holger the most strongly. This is a deep, dark, and difficult poem, and parts of it are not suitable for family reading. It deals with the lifelong and ultimately futile efforts of Everyman to escape from the softness and weakness of his mother and establish his own manhood without being sucked in and corrupted by the softness and weakness of his wife.

This is the opening stanza:

Out through the dark archway of earth, under the ancient lintel
overwritten with roots,
Out between the granite jambs, gallops the hooded
horseman of iron.
Out of the wound-gash in the earth, the horseman mounts,
shaking his plumes clear of dark soil.
Out of the blood-dark womb, gallops bowed
the horseman of iron,
The blood-crossed Knight, the Holy Warrior, hooded with iron,
the seraph of the bleak edge,
Gallops along the world’s ridge in moonlight.

We all know about the Twelfth Imam, the super-bad Muslim guy at the bottom of the well in Persia. When Armageddon arrives, when Gog grapples with Magog and battle rages across the plain at Megiddo, the Twelfth Imam will awaken and lead the armies of Islam to their final victory, establishing the kingdom of Allah here on Earth.

We’ve got our own dude sitting on the bench. Call him the Twelfth Viking. He’s suited up, ready to join the contest as soon as he’s required.

The Men of the North form the core of the Counterjihad. They are already in action, clearing the back alleys of Anbar Province, riding point in Kabul, and forming up in self-organized groups to defend our borders with Mexico.

As I’ve said before, it’s not race that’s the issue here, it’s culture. The culture of the Danes, the Norsemen, the English, and the Celts. The culture of the hardy and self-reliant Men of the North, always ready to defend their ancient liberties with a ferocity that their enemies can scarcely imagine. The culture of productive enterprise and armed self-determination that has spread to all corners of the globe.

Holger Danske is the man who best represents us. He’ll be there in the hour of our greatest need.

The Twelfth Viking — I can see his eyelids fluttering even now… (...) 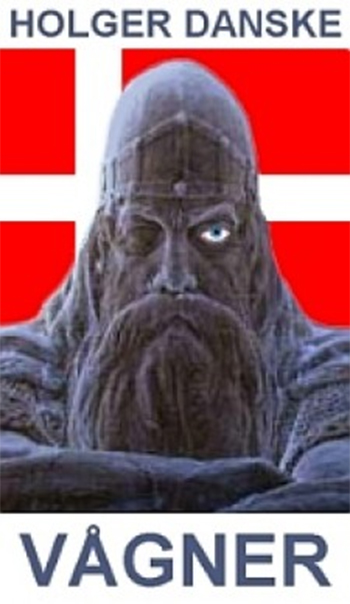 Clarity from David Dees. Arguably the most talented and awake graphic artist in these times. 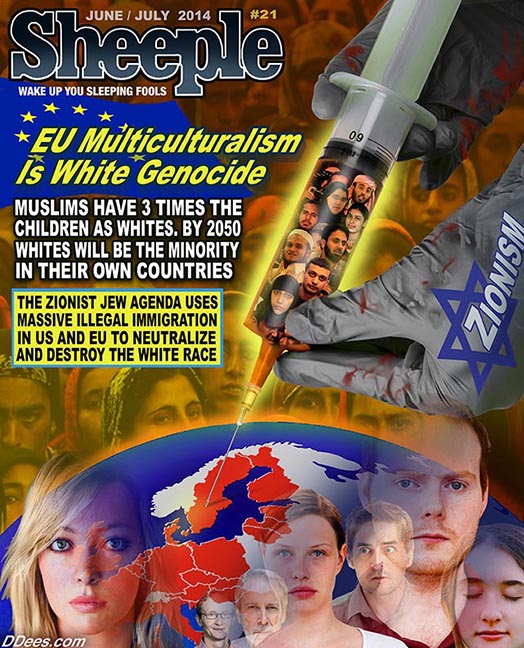 Get the background story on what is happening in Europe:

Muslim "Diversity" Zones in the West - Could This Be Coming to a Street Near You?

The Extermination of Whites in Europe: “We Are the Last 3 German Children in Our School.”

The gloves come off in England