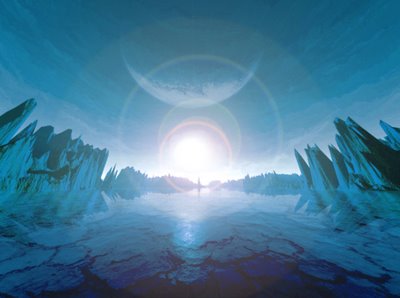 Yule, (pronounced EWE-elle) is when the dark half of the year relinquishes to the light half. Starting the next morning at sunrise, the sun climbs just a little higher and stays a little longer in the sky each day. Known as Solstice Night, or the longest night of the year, the sun’s "rebirth" was celebrated with much joy. On this night, our ancestors celebrated the rebirth of the Oak King, the Sun King, the Giver of Life that warmed the frozen Earth. From this day forward, the days would become longer. 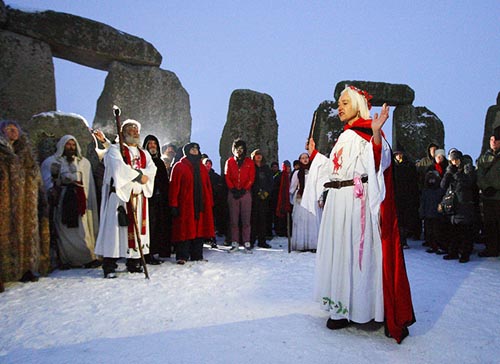 Bonfires were lit in the fields, and crops and trees were "wassailed" with toasts of spiced cider. Children were escorted from house to house with gifts of clove spiked apples and oranges which were laid in baskets of evergreen boughs and wheat stalks dusted with flour. The apples and oranges represented the sun. The boughs were symbolic of immortality (evergreens were sacred to the Celts because they did not "die" thereby representing the eternal aspect of the Divine). The wheat stalks portrayed the harvest, and the flour was accomplishment of triumph, light, and life. Holly and ivy not only decorated the outside, but also the inside of homes, in hopes Nature Sprites would come and join the celebration. A sprig of Holly was kept near the door all year long as a constant invitation for good fortune to visit tthe residents. Mistletoe was also hung as decoration. It represented the seed of the Divine, and at Midwinter, the Druids would travel deep into the forest to harvest it.

The ceremonial Yule log was the highlight of the Solstice festival. In accordance to tradition, the log must either have been harvested from the householder’s land, or given as a gift... it must never have been bought. Once dragged into the house and placed in the fireplace it was decorated in seasonal greenery, doused with cider or ale, and dusted with flour before set ablaze by a piece of last years log, (held onto for just this purpose). The log would burn throughout the night, then smolder for 12 days after before being ceremonially put out. Ash is the traditional wood of the Yule log. It is the sacred world tree of the Teutons, known as Yggdrasil. An herb of the Sun, Ash brings light into the hearth at the Solstice.

A different type of Yule log, and perhaps one more suitable for modern practitioners would be the type that is used as a base to hold three candles. Find a smaller branch of oak or pine, and flatten one side so it sets upright. Drill three holes in the top side to hold red, green, and white (season), green, gold, and black (the Sun God), or white, red, and black (the Great Goddess). Continue to decorate with greenery, red and gold bows, rosebuds, cloves, and dust with flour.

Many customs created around Yule are identified with Christmas today. If you decorate your home with a Yule tree, holly or candles, you are following some of these old traditions. The Yule log, (usually made from a piece of wood saved from the previous year) is burned in the fire to symbolize the Newborn Sun/Son.

Deities of Yule: All Newborn Gods, Sun Gods, Mother Goddesses, and Triple Goddesses. The best known would be the Dagda, and Brighid, the daughter of the Dagda. Brighid taught the smiths the arts of fire tending and the secrets of metal work. Brighid’s flame, like the flame of the new light, pierces the darkness of the spirit and mind, while the Dagda’s cauldron assures that Nature will always provide for all the children.

Symbolism of Yule:
Rebirth of the Sun, The longest night of the year, The Winter Solstice, Introspect, Planning for the Future.

Read the full article at: wicca.com 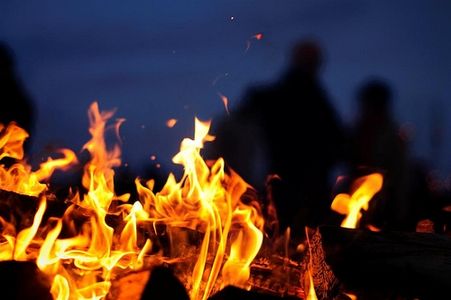 The custom of burning the Yule Log goes back to, and before, medieval times. It was originally a Nordic tradition. Yule is the name of the old Winter Solstice festivals in Scandinavia and other parts of northern Europe, such as Germany.

The Yule Log was originally an entire tree, that was carefully chosen and brought into the house with great ceremony. The largest end of the log would be placed into the fire hearth while the rest of the tree stuck out into the room! The log would be lit from the remains of the previous year’s log which had been carefully stored away and slowly fed into the fire through the Twelve Days of Christmas. It was considered important that the re-lighting process was carried out by someone with clean hands. Nowadays, of course, most people have central heating so it is very difficult to burn a tree!

In Provence (in France), it is traditional that the whole family helps to cut the log down and that a little bit is burnt each night. If any of the log is left after Twelfth Night, it is kept safe in the house until the next Christmas to protect against lightning! In some parts of Holland, this was also done, but the log had to be stored under a bed! In some eastern European countries, the log was cut down on Christmas Eve morning and lit that evening.

In Cornwall (in the UK), the log is called ’The Mock’. The log is dried out and then the bark is taken off it before it comes into the house to be burnt. Also in the UK, barrel makers (or Coopers as barrel makers were traditionally called) gave their customers old logs that they could not use for making barrels for Yule logs. (My surname is Cooper, but I don’t make barrels! My Great Grandfather did own a walking stick factory though!)

The custom of the Yule Log spread all over Europe and different kids of wood are used in different countries. In England, Oak is traditional; in Scotland, it is Birch; while in France, it’s Cherry. Also, in France, the log is sprinkled with wine, before it is burnt, so that it smells nice when it is lit.

In Devon and Somerset in the UK, some people have a very large bunch of Ash twigs instead of the log. This comes from a local legend that Joseph, Mary and Jesus were very cold when the shepherds found them on Christmas Night. So the shepherds got some bunches of twigs to burn to keep them warm.

A Chocolate Yule Log or ’bûche de Noël’ is now a popular Christmas desert or pudding. It’s traditionally eaten in France and Belgium, where they are known as ’Kerststronk’ in Flemish.

They are made of a chocolate sponge roll layered with cream. The outside is covered with chocolate or chocolate icing and decorated to look like a bark-covered log. Some people like to add extra decorations such as marzipan mushrooms! 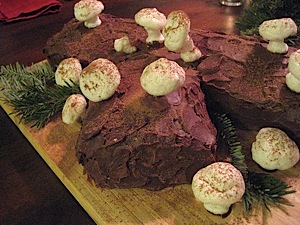 Read the full article at: whychristmas.com