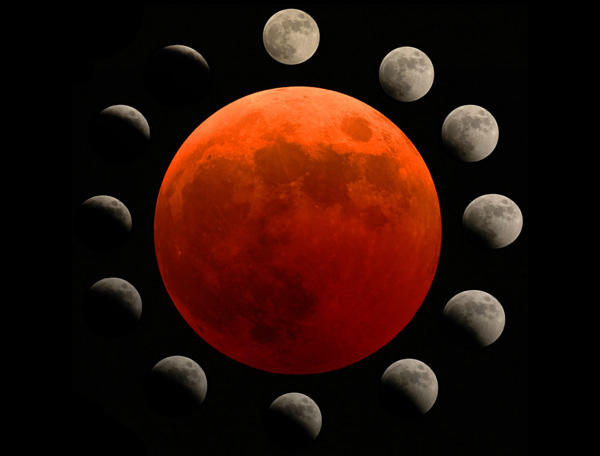 An extremely rare astronomical event is slated for this coming Tuesday, as a total lunar eclipse occurs on the same day as the winter solstice.

A total lunar eclipse occurs when the moon passes through Earth's shadow.

The best time to view the eclipse will be at 08:16:57 UT, which is when the most brilliant display of coppery red will occur.

Following the lunar eclipse is the winter solstice which occurs at 11.38pm UT.

It is extremely rare for an eclipse and a solstice to occur on the same day, in fact it has been over 350 years.

And to add even more to the pile, the Ursid meteor shower peaks between 21:00 and 22:00 UT. Look near Ursa Major (the Big Dipper) for this display which will produce about 10-15 meteors per hour. It isn't necessarily a spectacular show as far as numbers are concerned but is known for producing bright meteors because they are somewhat larger. 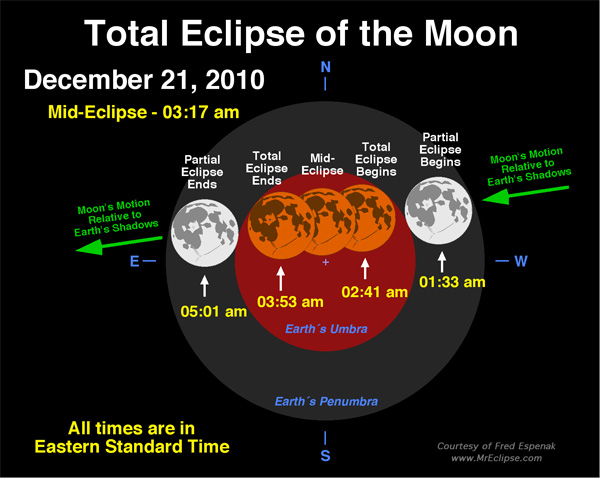