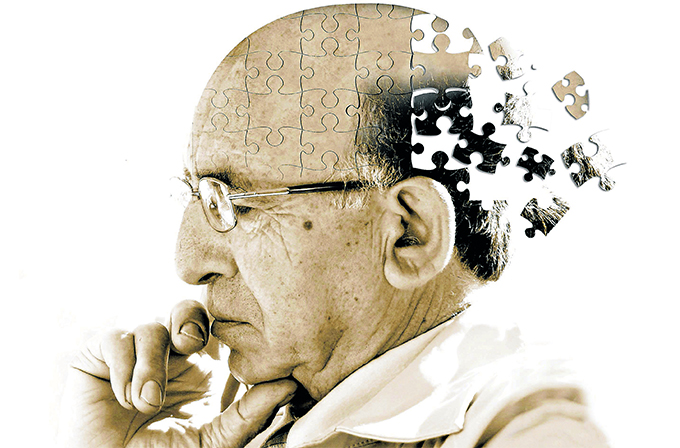 As prevalence has increased, so have the questions about why, and the search for answers has dished up some pretty curious findings over the past several years.

It seems quite clear that Alzheimer's disease is primarily diet-related, with insulin resistance, processed foods, trans fats, and unhealthy omega 6:3 ratios being the primary culprits.

However, recent research has also uncovered evidence suggesting that the disease may be the result of agricultural practices, and even more surprising, Alzheimer's could potentially be transmitted via certain invasive medical procedures.

At present, evidence suggests there are a number of causes promoting Alzheimer's symptoms, including the following:

Researchers have found that when insulin signaling in the brain is disrupted, it results in dementia, hence the suggestion that Alzheimer's may be a brain-related form of diabetes.

Even mild elevation of blood sugar — a level of around 105 or 110 — is associated with an elevated risk for dementia. According to neurologist Dr. David Perlmutter, if your fasting blood sugar is over 95 mg/dl, it's time to address your diet to lower it, to protect your brain health.

Vegetable oils oxidize when heated, and when oxidized cholesterol and trans fat enter into your LDL particles, they become destructive, contributing to arterial plaque buildup in your brain.

They believe it interferes with the brain's nerve cells, causing over-stimulation, and that lowering levels would allow the cells to function normally.

Omega-6 fats are found in high concentrations in factory-farmed animals as they are typically fed grains, as well as vegetable oils such as corn, canola, soybean, and sunflower oils.

- Type 3 diabetes: Faulty insulin signaling is an underlying cause of insulin resistance, which typically leads to type 2 diabetes. However, while insulin is usually associated with its role in keeping your blood sugar levels in a healthy range, it also plays a role in brain signaling.
- Gut dysfunction, caused by a combination of excess sugars and processed foods; antibiotic exposure from food and medicine; genetically engineered (GE) grains, which create foreign proteins; and pesticide exposure, just to name a few well-known culprits
- Trans fat consumption: Trans fat is linked to a higher risk of memory impairment. It may act as a pro-oxidant, contributing to oxidative stress that causes cellular damage.
- Imbalanced omega-3 to omega-6 ratio: Researchers have also found a link between Alzheimer's and raised levels of an omega-6 fat called arachidonic acid.
- Slow-acting Creutzfeldt-Jakob disease (CJD) — the human form of Mad Cow disease, contracted either through:
Contaminated meat
- Certain medical procedures, such as using human growth hormone extracted from the pituitary glands of infected human cadavers (a procedure now banned due to this contamination risk)

The first four have been discussed at length in previous articles. Here, we'll focus on the last route, which has disturbing implications for the conventional meat industry.

Researchers have found a compelling link between a particular kind of protein and neurodegenerative diseases such as Alzheimer's, Parkinson's, and Lou Gehrig's disease.

This protein, called TDP-43, behaves like toxic and infectious proteins known as prions, which are responsible for the brain destruction that occurs in Mad Cow and Chronic Wasting Disease; two types of bovine spongiform encephalopathy.

According to a study published in 2011, TDP-43 pathology is detected in 25 to 50 percent of Alzheimer's patients, and research presented at the 2014 Alzheimer's Association International Conference revealed Alzheimer's patients with TDP-43 were 10 times more likely to have been cognitively impaired at death than those without it.

The common denominator between Mad Cow and Chronic Wasting Disease (the latter of which affects deer and elk) is forcing natural herbivores to eat animal parts and byproducts, such as blood and bone meal. This is common practice in confined animal feeding operations (CAFOs).

The evidence also suggests humans may be infected with TDP-43 via contaminated meats.

The most infectious parts of a cow carrying these prions are the brain and spinal cord, which may be found in hot dogs, bologna, and products containing either gelatin or ground meat.

The human version of Mad Cow disease is known as Creutzfeldt-Jakob disease (CJD), and some researchers have noted that Alzheimer's behaves like a slow moving version of CJD.

Surprising as it may seem, the idea that neurodegenerative diseases like Alzheimer's may be spread via CAFO foods isn't brand new. A 2005 study published in the journal Medical Hypotheses, titled "Thinking the Unthinkable: Alzheimer's, Creutzfeldt-Jakob, and Mad Cow Disease: The Age-Related Reemergence of Virulent, Foodborne, Bovine Tuberculosis, or Losing Your Mind for the Sake of a Shake or Burger", states:

A recent study links up to 13 percent of all 'Alzheimer's' victims as really having Creutzfeldt-Jakob disease... Alzheimer's, Cruetzfeldt-Jackob, and Mad Cow Disease might just be caused by eating the meat or dairy in consumer products or feed.'" [Emphasis mine]

The study also notes that bovine tuberculosis serves as a vector for human Mad Cow Disease, and bovine tuberculosis is one of the most prevalent disease threats in American CAFOs. USDA data suggests anywhere from 20 to 40 percent of American dairy herds are infected at any given time.

All of this brings us to the most recent development, which has gained widespread media attention. A study published in the journal Nature reveals the first theoretical evidence for human-to-human transmission of prion-like proteins associated with Alzheimer's, introduced via a medical procedure involving contaminated material.

As reported by Scientific American:

"Between 1958 and 1985, a number of individuals with short stature received shots of human growth hormone extracted from the pituitary glands of cadavers... Some of these samples were contaminated with prions that caused certain patients to develop Creutzfeldt-Jakob disease (CJD), a rare and fatal brain disorder.

Treatments ceased once these reports came to light, but by that time an estimated 30,000 people had already received the injections. As of 2012, researchers have identified 450 cases of CJD worldwide that are the result of these growth hormone injections and other medical procedures, including neurosurgery and transplants."

To investigate the plausibility of human-to-human transmission, researchers autopsied eight of the patients who died after contracting CJD from the now-banned growth hormone treatments. All had died between the ages of 36 and 51 — too young to have developed Alzheimer's. Yet six of them had the misfolded proteins found in Alzheimer's patients' brains, and four of them had amyloid deposits in their cerebral blood vessels.

Previous animal research has also found that when tiny amounts of amyloid-beta proteins — which are a hallmark of Alzheimer's — are injected into mice or monkeys, they act as self-propagating "seeds," unleashing a chain reaction of protein misfolding that results in pathology that is very reminiscent of that seen in Alzheimer's patients.

Another recent stud out of Germany found that seeds of amyloid-beta can persist for months in the brain, and become pathogenic under certain circumstances. As noted by Scientific American:

"All evidence pointed toward one possibility: Like prions, amyloid-beta seeds were in the growth hormone injections and infected these individuals... [H]ad the patients not died young, they would have developed the disease later in life."