This Man’s Smell Hallucinations Can Predict the Weather

Sep 6, 2013 Source: blogs.smithsonianmag.com
Along with the tremors, stiff muscles and difficulty walking, about a third of Parkinson’s patients experience hallucinations. And for one patient, those hallucinations were both horrible and predictive. He smelled an intense, skunk-like, oniony smell that got worse when a storm was coming. According to the International Journal of Biometeorology, he is the “first reported case of weather-induced exacerbation of phantosmia.” 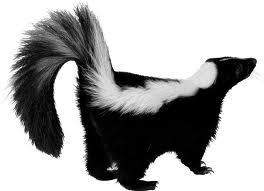 The case study says that the patient, a 64-year-old white male with Parkinson’s, these phantom smells would suddenly intensify two to three hours before a storm and last until it has passed. This also isn’t the first time, the patient has been a weather predictor. “Twenty years prior, he reported the ability to forecast the weather, based on pain in a torn meniscus, which vanished after surgical repair,” the researchers report.

Storms weren’t the only thing that triggered the patient’s terrible smell hallucinations; they could also be summoned via “coughing, nasal congestion, and tiredness.” They could be banished by eating—which has caused the patient to gain weight—and also by “watching TV, nasal irrigation … occluding the nostrils … snorting salt water, blowing of the nose, laughing … humming and talking.”