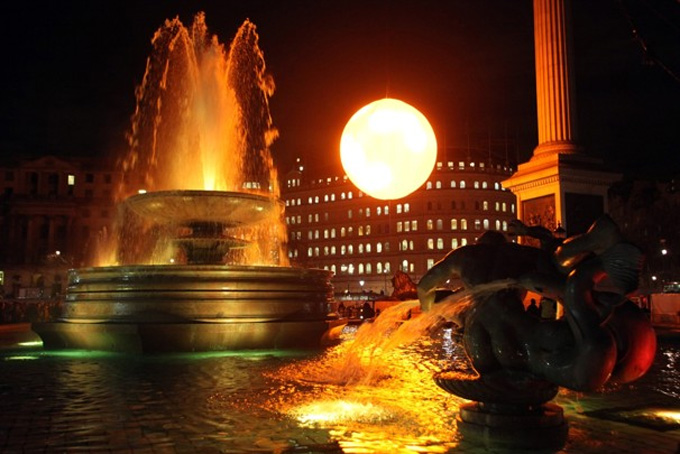 Just like the lyrics to the Beatles song, it’s been a long, cold lonely winter — but it’s looking a little brighter in London, thanks to an art installation by public art group Greyworld. The artists hoisted a 2.5-ton man-made sun over London’s Trafalgar Square, filling the morning sky with the light of 210,000 watts of power. 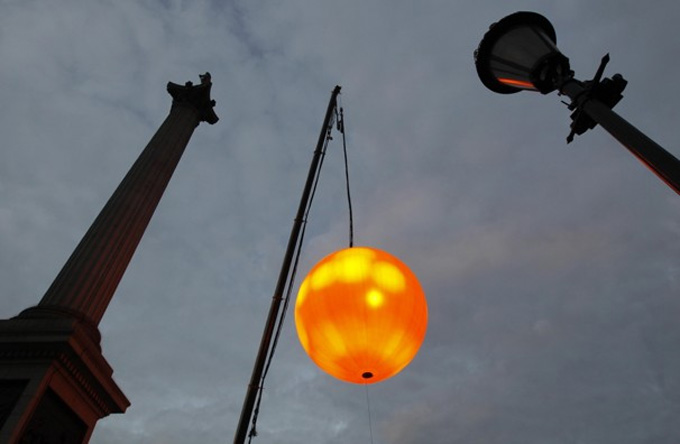 The sun, which appeared for one day only, rose at 6:51 a.m. on Jan. 23, and set at 7:33 p.m., extending “daylight” in the area for three hours. The sun took six months to construct, and can reach more than 200 degrees Fahrenheit at its core. It produces the equivalent light of 60,000 light bulbs.

The Trafalgar Square installation also tested the boundaries between advertising and art, as the project was sponsored by Tropicana to promote its “Brighter Morning” campaign for its juice. Does the corporate sponsorship nullify the entire project’s status as an art object, or does it merely provide the funds to realize great ideas that wouldn’t otherwise happen? Advertising is taken more seriously when it’s considered to be art, but it has the opposite effect when the terms are reversed.

Meanwhile, in the real solar system, a huge solar storm was underway, triggering auroras in Canada and Scandinavia and releasing blasts of radiation. The storm will peak Tuesday, when a cloud of plasma and charged particles blasts past Earth, distorting the planet’s magnetic field. The fake sun seems preferable to that. 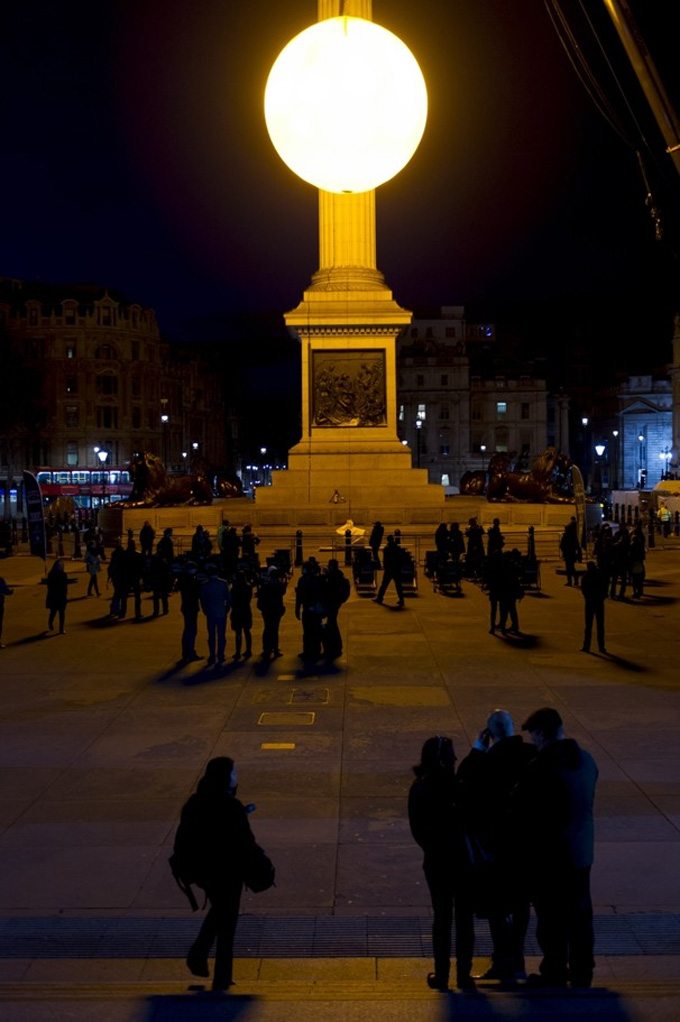