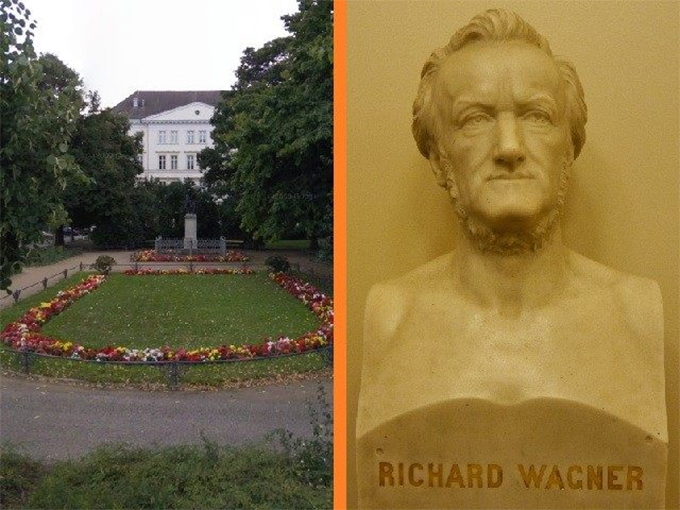 Initially suggested by a group of hard-left anti-borders activists masquerading as a “citizens’ initiative”, the name change of Richard Wagner Platzes to ‘Refugees Welcome Platz’ has now been taken up by the city council with support from the Green party bloc.

City spokesman, pro-migrant campaigner, and Green politician Christin Melcher said of the change she is supporting: “We stand for a cosmopolitan and tolerant Leipzig. The renaming of a central square as Refugees Welcome Place is also a symbol of a new culture of welcome in Leipzig”, reports the Saschen Depesche.

The Leipzig branch of the Patriotic Europeans Against The Islamisation Of The West (PEGIDA) protest group meet regularly at Richard Wagner Platzes, and the erasure of the memory of an important figure from German history could be a bitter blow to the group, which campaigns for traditional European culture. Mr. Volger wants the new ‘Refugees Welcome Platz’ to stand as a sign against PEGIDA, who he calls ‘inhuman racists’, and that “Leipzig is no place for racism”.

Richard Wagner, born in Leipzig in 1813, is a towering figure in the German psyche for his role in influencing the unification of Germany into a single state in the years leading up to 1871. His operas drew heavily from romantic and dramatic Germanic folklore and his essays called for a single German identity, rather than disparate kingdoms as it was during much of the 19th century. The Richard Wagner Platzes was named in 1913 in honour of the composer, celebrating the centenary of his birth.

A number of groups have moved to oppose the proposition, including the Junge Union. The German equivalent of the Young Conservatives, the group has warned against allowing faddish political beliefs to influence place names, remarking that while majorities shift within democratic systems, it is not healthy to constantly change place names, reports the Leipziger Internet Zeitung.

The International Association of Wagner Societies has reacted with fury at the suggestion the square in the composer’s home town might be sacrificed at the altar of political correctness. They said in a statement “Richard Wagner was born in Leipzig and is one of the greatest artists of the 19th century.

“Since the 100th anniversary naming in 1913, the city has been honouring one of its greatest sons. This must remain so! Anyone against the cultural and political nonsense, which is directed against the interests of our city and its citizens, and wants to raise his voice, can sign a petition during business hours at our office”.

A new petition has been launched online, and the discussions in the comment section on the page provide an illuminating insight into the perspectives of those tousling over Richard Wagner Platzen. One writes that he refuses to sign the petition, because “according to Wikipedia, Wagner was a convinced anti-Semite. My attitude is refugees welcome”. Another contributor asks in response to the comment that if Wagner is to be removed because of his anti-Semitism, why is it right to welcome Muslim refugees who have increased anti-Semitic attitudes in the community of late.

Renaming squares and streets is an emerging cultural battleground in Europe, as leftist groups on city government boards seek to erase cultural histories and inconvenient reminders as soon as they seize power. Breitbart London reported on two such examples in July where Spanish authorities insulted the memories of right-wing figures by renaming their squares after LGBT-lobby campaigners.

Plaza Margaret Thatcher was one such square, with her memorial to be torn down and the place renamed for Pedro Zerolo, a left-wing gay anarchist who died this year. Following that, it was reported the square dedicated to noted Catholic scholar Juan Vázquez de Mella would also be renamed after a gay rights campaigner.