Two secret chambers have been discovered in Egypt's 4,500-year-old Great Pyramid of Giza .

The Scan Pyramids project made the latest discovery after being able to demonstrate the efficiency of non-evasive Muons technology at the Bent Pyramid in Dahshour this May.

Last year thermal scanning identified a major anomaly in the Great Pyramid, sparking a debate over whether there was a long-running network of tunnels hidden away inside.

But now the mystery has been answered as the Ministry of Antiquities announced on Thursday that 'two anomalies' were found in the pyramid built under King Khufu.

They are now looking to conduct further tests on the 146m-high monument to determine their function, nature and size. 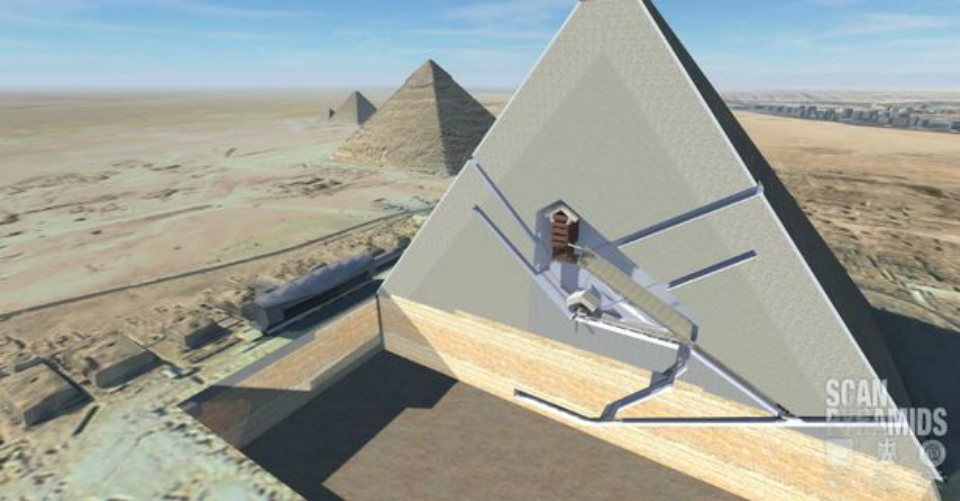 The pyramid, also known as the Pyramid of Khufu, named after the son of Phara oh Snefru, is considered one of the seven wonders of the ancient world.

It has three known chambers, and like other pyramids in Egypt was intended as a pharaoh's tomb.

Operation Scan Pyramids scientists said: "We are now able to confirm the existence of a 'void' hidden behind the north face, that could have the form of at least one corridor going inside the Great Pyramid." 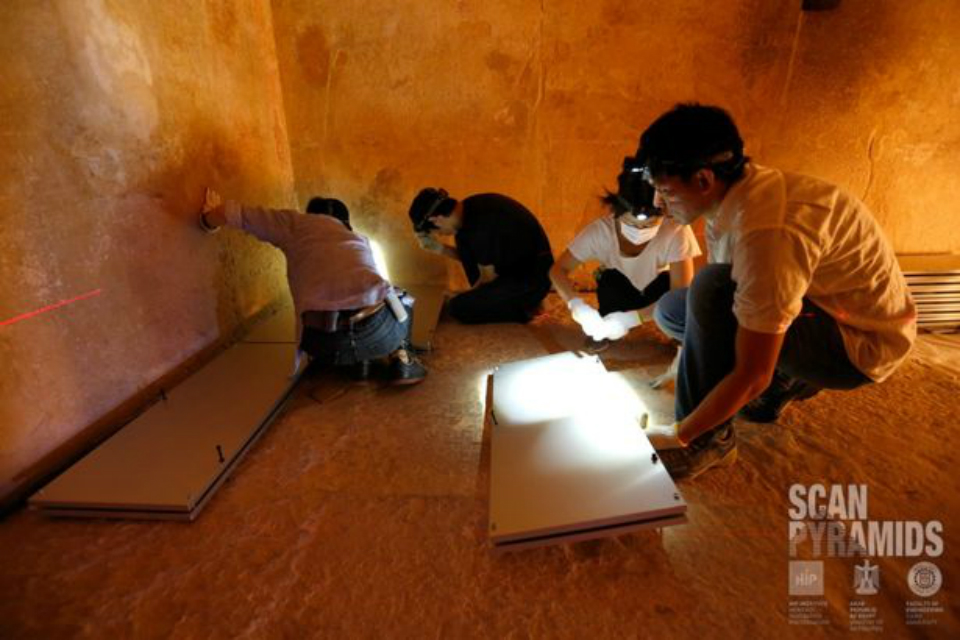 Another 'cavity' was discovered on the pyramid's northeast flank but there is currently no link between the two cavities, according to Mehdi Tayoubi, founder of the Heritage Innovation Preservation Institute (HIP).

He told Seeker : "Such void is shaped like a corridor and could go up inside the pyramid."

The international Scan Pyramids team is lead by the Faculty of Engineering at Cairo University, and the Paris-based HIP Institute.

The launched their mission in October last year to search for hidden rooms inside Khufu and its neighbour Khafre in Giza, as well as the Bent and Red pyramids in Dahshur, all south of Cairo.

The project applies a mix of infrared thermography, muon radiography imaging and 3D reconstruction - all of which the researchers say are non-invasive and non-destructive techniques.

Scan Pyramids explained in a statement that muons are "similar to X-rays which can penetrate the body and allow bone imaging' and 'can go through hundreds of metres of stone before being absorbed.

"Judiciously placed detectors - for example inside a pyramid, below a potential, unknown chamber - can then record particle tracks and discern cavities from denser regions."

In May scientists from the project released images and details of what they found at the Bent Pyramid, located at the royal necropolis of Dahshur.

They uncovered two entrances, one on the north side and one on the west side.

They open onto two corridors, which in turn lead to a pair of burial chambers, one on top of the other.

It is the the earliest to be built under the Old Kingdom Pharaoh Sneferu and thought to be the first attempt at a smooth sided structure.

It had been thought the body of Pharaoh Sneferu was entombed inside the pyramid.

However the scans scotched that theory - with no suitable chamber found inside the monument.

But Mehdi Tayoubi, president of the Heritage Innovation Preservation Institute, told Discovery: "Nevertheless, this is indeed a scientific breakthrough as it validates the muography principle applied to Egyptian pyramids.

"It paves the way to new investigations."