Archaeologists have found what they believe to be the remains of an Anglo-Saxon king or saint in Lincolnshire, who has been buried face down with his knees twisted around 180 degrees.

As reported, Graham Vickers, a metal detectorist, discovered the site after he had uncovered an 8th century silver writing stylus in a field in Little Carlton, near Louth, in 2011.

A team from the University of Sheffield then moved onto the site in March and discovered it used to be a high-status island settlement, trading post or early monastery around 1,500 years ago.

They returned this summer when their most exciting find was the remains of a saint or king who was buried in an unusual fashion. 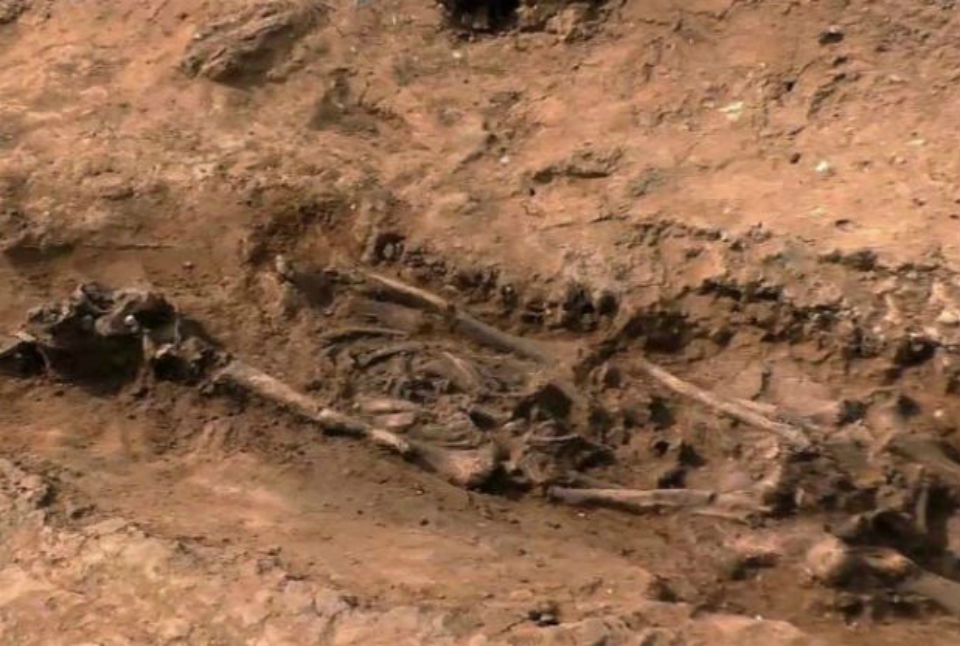 "But there's something else that really makes it special. You see how narrow it is in the grave.

"It's about 25cm between the shoulders, it's really crammed together."

The incredible discovery featured in an episode of Digging for Britain, presented by anthropologist Professor Alice Roberts, on BBC Four on December 19.

She said: "What we can say for definite is it was buried after the body had started to decompose.

"The limbs have started to fall away from the rest of the body but great care has been made to try to put the body back."

Dr Willmott said: "A great deal of care has been taken in this burial. So this could be an individual who perhaps has died away from the site and been brought here to be interred here specially."

Prof Roberts said: "There are stories of the bodies of kings being moved."

Dr Willmott adds: "And of course saints and holy people. So there could be something like that going on here, which suggests Little Carlton was a place of great importance." 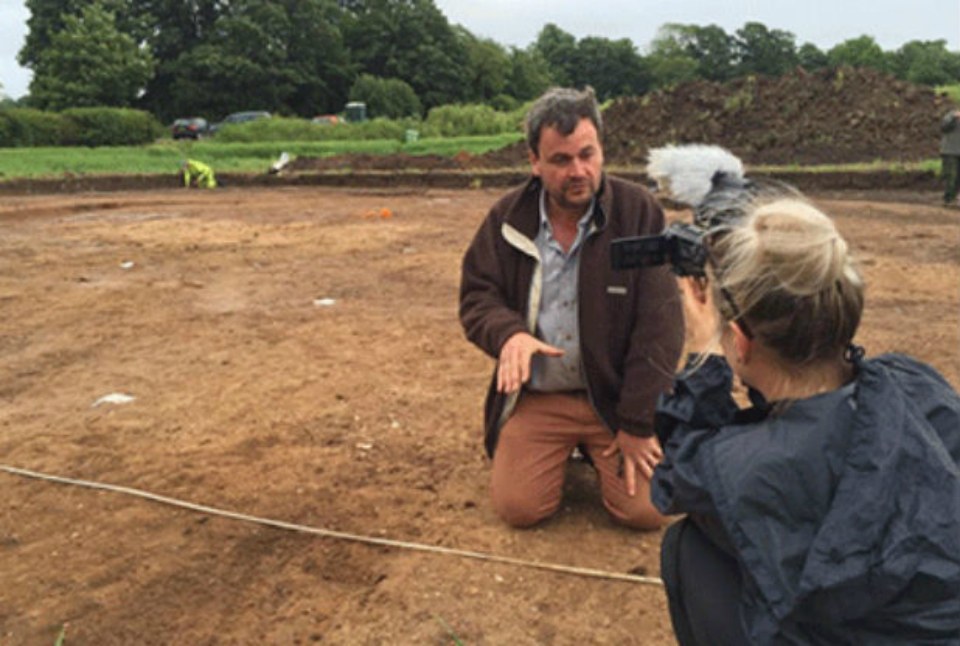 The skeleton was the first of a number of intriguing and rare finds which include writing implements, around 300 dress pins, and a huge number of 'Sceattas', coins from the 7th-8th centuries, a small lead tablet bearing the faint but legible letters spelling 'Cudberg', a female Anglo-Saxon name, and glassware that indicated trade with mainland Europe.

An iron manacle - a unique find on British soil - was also discovered which possibly indicates either a slave trade operated at the site in the early medieval period or slaves were kept by whoever occupied it.

And a pair of tweezers that could have been used by Christian monks to turn the pages of religious manuscripts were also uncovered.

It is believed the site, which today is surrounded completely dry land, was actually surrounded by water and was most likely the site of a monastery or trading post in the Anglo-Saxon Kingdom of Lindsey.

The settlement had an industry of woven textiles which were exported along rivers into the North Sea to northern Europe, while pottery from Germany and wine from the Continent were imported.

The site is believed to have been abandoned when the Vikings began raiding England towards the end of the 8th century and there was no trace if it ever being there by the time of the Domesday Book after the Norman Conquest.

Dr Willmott and Pete Townend, a doctoral student, also completed geophysical and magnetometry surveys along with 3D modelling to visualise the landscape on a large scale.

The imagery showed that the island they had discovered was much more obvious than the land today, rising out of its lower surroundings.

And to complete the picture the researchers raised the water level digitally to bring it back up to its early medieval height based on the topography and geophysical survey.