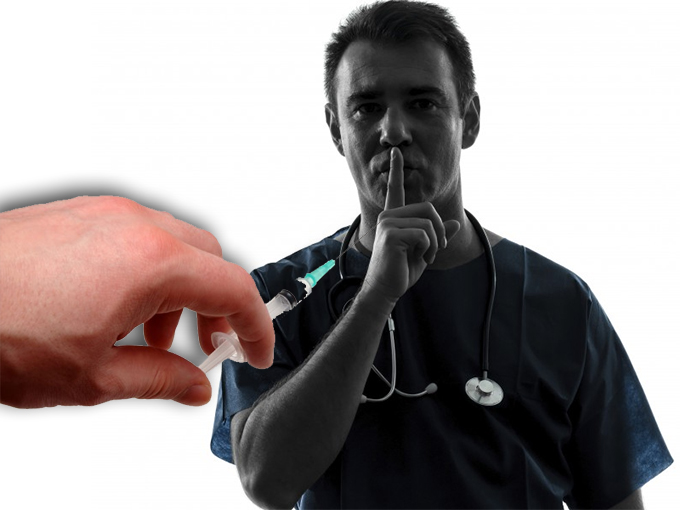 The cat is finally out of the bag: Vaccines don't work, they aren't safe, and more parents than ever are waking up to this fact and saying NO to the jab. And while a special, no-fault "court" system was established back in the mid-1980s to quietly handle the many thousands of cases of vaccine-associated injury and death that occur every year, primarily in children, as a result of vaccines, pro-vaccine fanatics are doing everything that they can to keep this court a secret.

Women's studies professor and jab promoter Anna Kirkland from the University of Michigan is one such anti-transparency activist who contends that letting people know about the vaccine court, which doesn't even hold vaccine manufacturers liable for vaccine injuries, by the way, might have the effect of reducing vaccination rates. So all those suffering children and their families who have nowhere else to turn for a remedy will just have to suck it up, in Kirkland's view, in order to keep the vaccine racket alive and kicking.

Kirkland told NPR recently that she basically opposes advertising for the Office of Special Masters of the U.S. Court of Federal Claims, also known as vaccine court, because doing so might make the court "too high-profile." In other words, if parents of vaccine-injured children know about vaccine court, they might actually use it obtain some kind of justice -- oh, the horror!

"Critics, once they see a compensation — you see this on blogs and websites all the time — [say] this means vaccines are dangerous and you shouldn't vaccinate," Kirkland stated, clearly more concerned about vaccine industry profits than the safety of children.

It's all about protecting the reputation of vaccines, after all, even when actual science shows that they come with serious risks. Lisa Smith of Cincinnati, Ohio, knows firsthand how damaging vaccines can be, having developed a neurological disease known as Guillain-Barre syndrome, or GBS, immediately after being jabbed for influenza.

Fortunately, Smith learned about the existence of the vaccine court, filed a case, and won. But the monetary award she received wasn't paid out of pocket by the vaccine corporation that injured her with its deadly product, but rather it came from the 75-cent tax on every vaccine sold that's paid directly by patients or by taxpayers.

Smith reportedly suffered severe nerve inflammation following her flu shot and developed pain that was the equivalent of third-degree burns on her legs, she recalls. At the hospital, Smith's physicians admitted that GBS is a known, but rare, side effect of flu vaccines, and the vaccine court that heard Smith's case agreed with this assessment.

But Kirkland and others who support the government's vaccination schedule at all costs, no matter the risk of serious injury or death, are terrified that more people will learn about the court and, gasp, attempt to seek justice! This just isn't acceptable, in Kirkland's view, because the potential for people to stop vaccinating might shut the whole thing down.

"There was a real fear that some of our childhood vaccines would no longer be available," Kirkland stated, alluding to vaccines as if they were her pets or children.

Well boohoo, Ms. Kirkland. Too many children are suffering permanent, life-altering health damage at the hands of the jabbers, and something needs to be done to stem this tide of destruction and death. If that means screaming from the rooftops that a vaccine court exists to provide at least some compensation for injuries caused by vaccines, then so be it.