What’s in a name? Quite a lot, if you live in Iceland

Jan 4, 2013 Source: rt.com
Recent decades have ushered in an era of creative baby names – at least in Hollywood. But not every country embraces such unique labels. In the first case of its kind, a 15-year-old girl in Iceland is suing the state for the right to use her name. 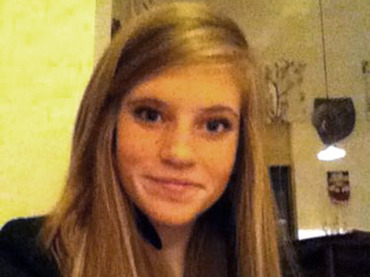 Blaer Bjarkardottir’s first name is not on the official list of approved names issued by the Icelandic government, causing her to be identified simply as “Stulka” – or “girl” on all her official documents.

The state’s refusal to accept the teenager’s name has led to years of frustration, as she is constantly forced to explain the story when filling out forms or dealing with the country’s bureaucratic system.

Iceland is one of several nations, including Germany and Denmark, which has rules regarding what a baby can be called.

The country’s “Personal Names Register” contains a list of 1,712 male names and 1,853 female names that fit Icelandic grammar and pronunciation rules and that officials say will protect children from embarrassment.

Parents can apply to a special committee for names which are not on the list. Blaer’s family did just that, but the name was rejected because it takes on a masculine article. Undeterred, Blaer filed a lawsuit against the state. The decision is expected January 25.

Blaer’s mother says she learned the name wasn’t on the register after the priest who baptized her daughter later informed her that he had mistakenly allowed it.

"I had no idea that the name wasn’t on the list, the famous list of names that you can choose from," Bjork Eidsdottir told AP.

Eidsdottir hopes her daughter will win the lawsuit – the very first of its kind.

"So many strange names have been allowed, which makes this even more frustrating because Blaer is a perfectly Icelandic name," she told AP. "It seems like a basic human right to be able to name your child what you want, especially if it doesn’t harm your child in any way…and my daughter loves her name.”

However, history suggests that Blaer may have an uphill battle ahead of her. In the past, the name “Carolina” was rejected because the letter “c” is not part of Icleand’s 32-letter alphabet and “Satania” was shot down because it was deemed too close to “Satan.”

"The law is pretty straightforward so in many cases it’s clearly going to be a yes or a no," said Agusta Thorbergsdottir, the head of the government committee which will hear the case.

But the determined teen says she’s prepared to take the case all the way to the country’s Supreme Court if the court doesn’t overturn the decision.

Given names hold extreme importance in Iceland. Surnames are based on a parent’s given name and everyone in the phone book is listed by their first name.

Interestingly, I’ve had several Icelanders tell me they believe a person should be able to name their child whatever they want, but then, a few minutes later will point out the “ridiculousness” of certain names that the committee has approved—names that they wouldn’t have approved themselves.

I recently read an article by Bob Brooke which said that since the 13th century in Iceland, 25% of males have been named Jón. In the 1703 census, over half of all men and women had names that were found in the top ten respective lists. The greatest increase in diversity of names was from 1921 to 1950, a time which, (not coincidentally) coincided with a lot of economic and political change in Iceland.

I forget this when I look at Reykjavik’s spotless streets and well-dressed, healthy, populace, but until relatively recently, Iceland was quite poor. Because of its geographical isolation, it took a long time for many technological and social innovations to reach Iceland. A huge proportion of the population was living off subsistence farming in turf houses into the 20th century when fisheries finally became industrialized and the Marshall Plan went into effect after World War II.

These factors combined made Iceland skyrocket to being one of the wealthiest countries in the world by the 1990s.

It’s interesting to me that this period of time was also when there began to be much greater diversity in names. It’s unsurprising that as there was more access to other parts of the world through trade and technology, Icelanders would start picking up on different names as well. But it was also around this time, a time of huge economic growth, and gaining independence, that there were also huge questions about what Icelandic identity consisted of in relationship to all of this.

The answer seems to be largely linguistic. People say that Icelandic is a virtually untouched language. When Iceland’s first settlers left Norway in the 9th century, all of Scandinavia spoke one language. As a result, modern Icelandic is very similar to this original language, whereas in comparison, Norwegian, Finnish, Swedish and Danish have all changed much more. This is partly because of Iceland’s geographic isolation, but also because it has always had an astoundingly high literacy rate, which helped preserve and pass on its language. Modern Icelandic is supposedly very close to that original Scandinavian tongue -- whereas Norwegian, Finnish, Swedish and Danish have all changed substantially.