Editor's Comments: With overcrowding and lack of space thanks to forced mass immigration, claims of global "warming" and White privilege brainwashing, millennials in the non-White majority city of London, can feel good about paying £1100/month to live in a box with communal spaces.

The world's most luxurious commune has opened in London today and young professionals are already moving in. 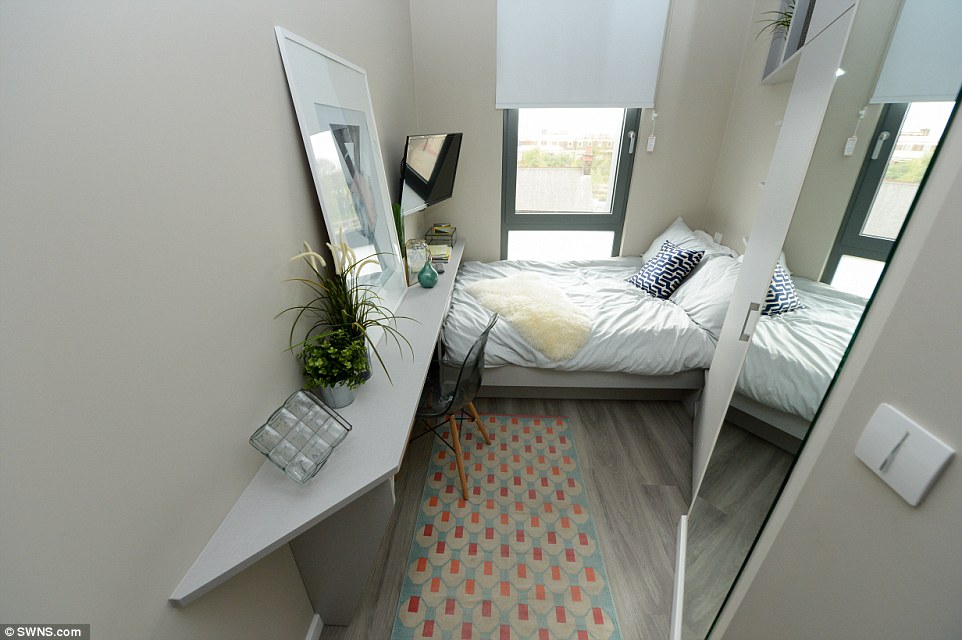 In return they get no bills and a cleaner, linen changes, and access to a roof-top terrace, library, games room, spa, sauna, cinema and other shared attractions in Willesden, north London.

Staff are summoned to carry out menial tasks like changing lightbulbs by text and management will even donate £50 towards parties in communal areas as long as it benefits the development's other residents.

Items like film projectors, music equipment and TVs in communal areas are there on trust - meaning that if they are stolen or broken they will not be replaced unless the culprit is caught and pays up.

One resident told MailOnline that all people need to get for themselves is 'food and toilet roll' - others say they are interested to see if everyone will get along when sharing so much space. 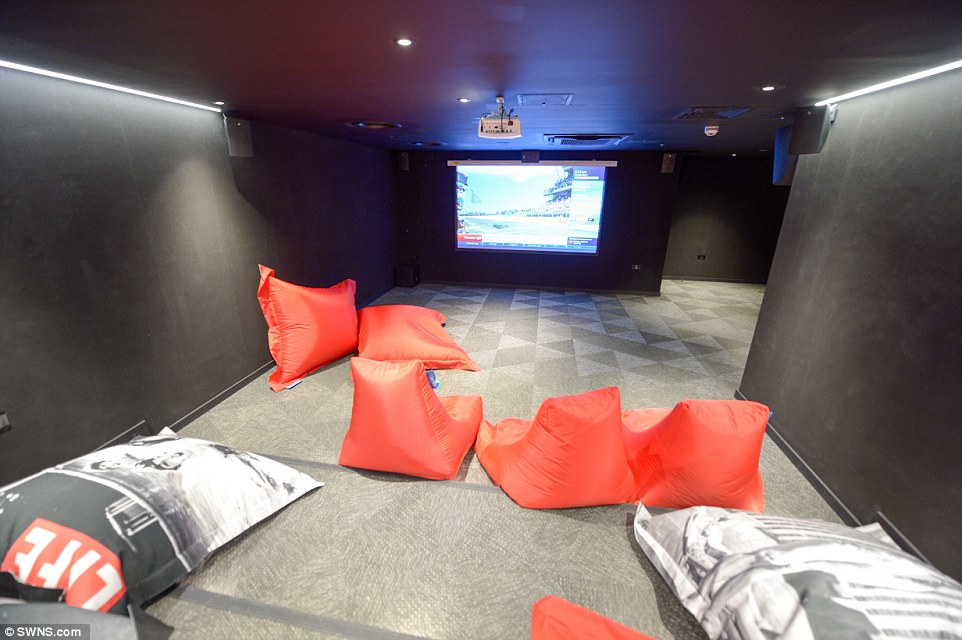 Guests can stay for a maximum of two weeks before they will face a £30-a-night charge.

The scheme, from housing company 'The Collective' is being billed as 'the world's largest co-living scheme' and resembles a luxurious university halls of residence.

The block, in Willesden, north west London is still being completed, but the first residents were welcomed in on Sunday and more moved in today.

Joanna Bucur, 30, is one of the three live-in community managers at the complex and has played a large part in the decoration and organisation of the building. 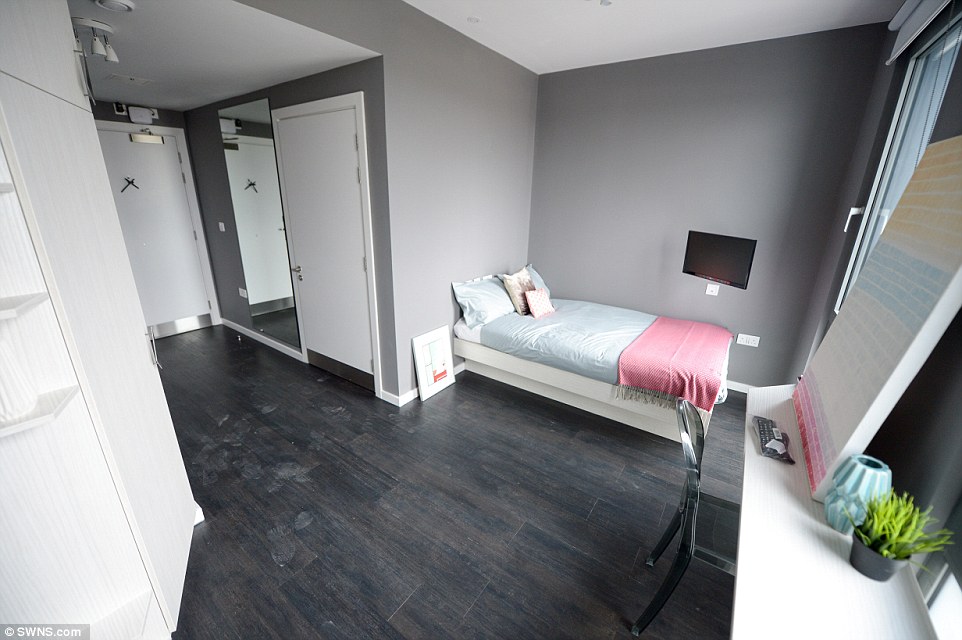 She said: 'I came to the company because I believe in the co-living concept and I felt the need.

'I believe it is the future of living for young people. I think there needs to be that step between graduating and starting real life.

'The facilities are amazing, they are all new, you get so much included. All the spaces are yours.

'We are targeting people who believe in the concept. We have around 20 people and staff - the first people moved in yesterday so last night we had a party, it was a relaxing time.'

The building is currently still being developed so some of the floors are still a building site - but this hasn't put off the first few tenants who are looking forward to when the building is finished.

Every floor has themed community kitchens decorated like restaurants - including a French bistro and an English gastro pub.

In fact, the whole building, which is targeted at people aged 21 to 35, resembles a cross between student halls and a luxury hotel.

Because the emphasis is on trust, anyone can come and go, use the kitchen utensils and cinema room, even the DJ decks.

Miss Bocur said: 'You get the same social support as you would at university but we trust people.

'You don't have to sign in and out or anything, the trust element is very important for the company.' 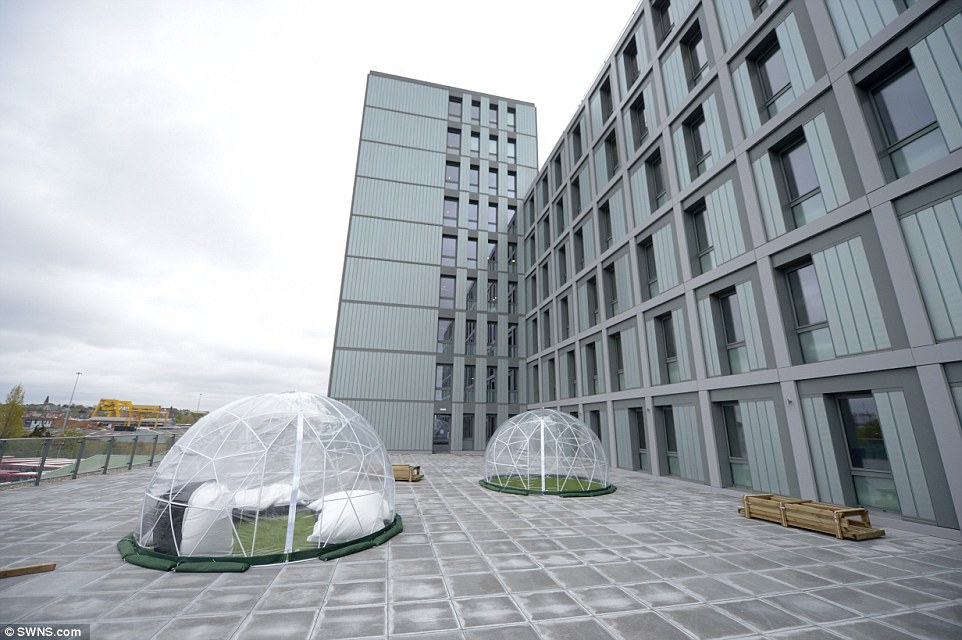 Joanna added that many people have chosen to live in the complex because they had had previous bad experiences with renting issues and bad living situations.

She said: 'I had my lap top stolen. I was living in a warehouse and I went to live there because I wanted the sort of social side of shared living which I got but it was so horrible, it was really cold and the walls were so thin.

'But what I did like was a support system of people.'

She said: 'We meet all people before they move in and we think the people that move here agree with the concept.

'Now people are adults the onus is on them to clean up after themselves and respect the building.

'They can use the DJ decks, they can use the cinema and they don't have to sign anything out before use. But they know if it gets broken, it won't be replaced.'

Like Joanna, Rita Santos, 26, moved in to the building because of a bad experience living in a flat share.

The digital designer moved to London from Portugal to do a masters and stayed ever since.

But after moving out of student halls she really struggled to find a good living arrangement.

She said: 'I went to rent a flat with a friend but it didn't work out'.

She then moved to another shared place and added: 'I was having some second thoughts about where I was living, so I started looking for a new place and it was so hectic. This was perfect and so far I'm happy with it.'

Rita has moved into one of the 'twodios' - she has her own bedroom and pocket sized bathroom but shares a kitchen with a flat mate.

She said: 'I'm sharing with a lovely girl so so far I'm really happy. 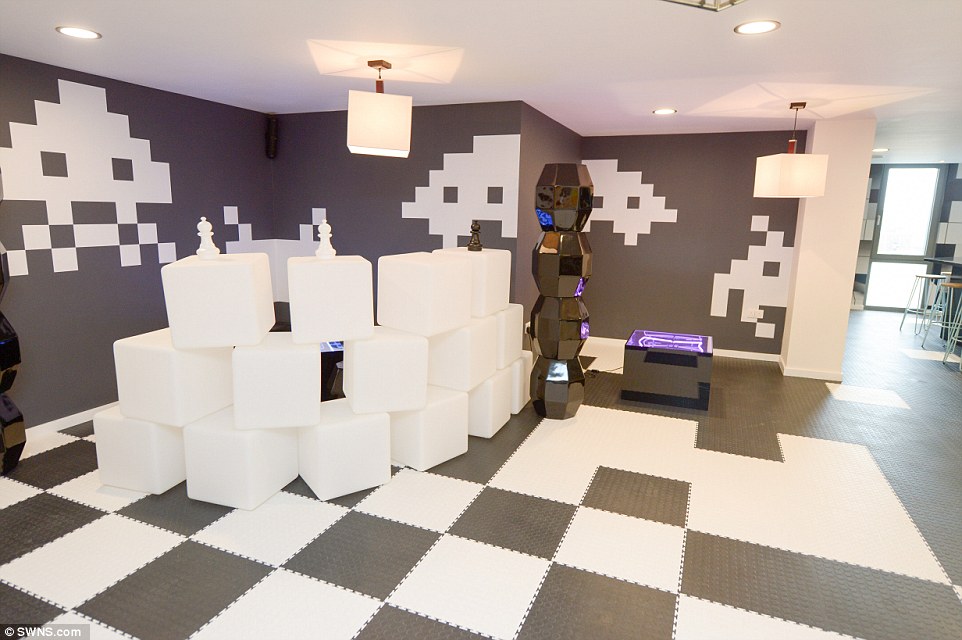