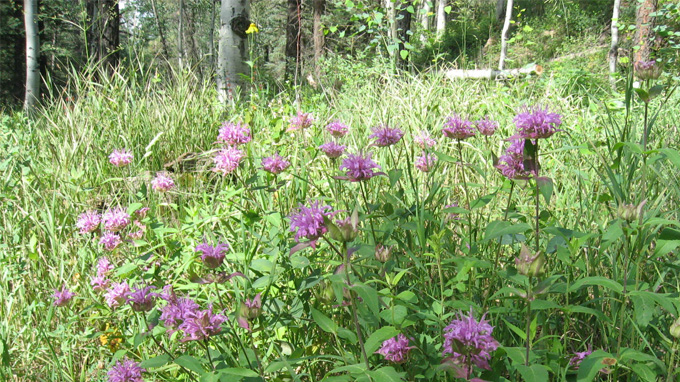 When it comes to medicinal herbs wild oregano is king. Oregano has been used for its medicinal values for thousands of years. The name oregano is derived from the Greek word meaning "joy of the mountains."

Oregano is a member of the mint family. Wild oregano is not the same as the one found in the grocery store. Often times you’ll only find marjoram, oregano’s calmer, sweeter fraternal twin. Oregano is zesty, peppery and lemony. Marjoram is delicate and floral. Of the 60 plus species of oregano, or oregano-like plants, relatively few actually possess significant medicinal powers. To be medicinal, oregano must be wild mountain-grown. Medicinal grade oregano grows wild throughout the world but is best known in the Mediterranean and North America. The plant grows in remote mountainous regions free of pollution. Only the leaves of the flowering plant are used. They are picked precisely when the plant is highest in essential oil. Being wild, it is grown chemical-free.

A special distillation process is used to extract the essential oil from the plant. Oregano oil is the most potent plant oil on the planet – Antibacterial, Antiviral, Antifungal, Anti-parasitic, Anti-allergy, Antibiotic, Immune Stimulant, Anti-venom, Anti-pleomorphism and an Antioxidant.

But make no mistake about it because there is a difference in carvacrol levels, in quality based on country of origin, gathering practices and distillation processes. Also, you want 100% pure, undiluted, organic oil. Some companies are recommended in the links below this article.

Oregano oil contains four main groups of chemicals that contribute to its potent healing powers. Phenols, such as carvacrol and thymol, act as antiseptics and antioxidants, while terpenes, which include pinene and terpinene, exhibit antiseptic, antiviral, anti-inflammatory and anesthetic properties. Linalool and bonreol are two long-chain alcohols found in oregano oil, which add to the antiviral and antiseptic qualities. Esters are potent antifungal agents. Two that are found in abundance in oregano oil are linalyl acetate and geranyl acetate.

Although there is a combined effect of the many significant compounds found in oregano oil, its effectiveness is largely attributed to its primary ingredient, a phenol named carvacrol. When lab tested, carvacrol was found to be one of the most potent antibiotics known to science. In tests done at Georgetown University, it was found to be more effective than penicillin, streptomycin and even vancomycin (considered to be the strongest of all antibiotics). Unlike pharmaceutical antibiotics, oregano oil does not create resistant strains of mutant bacteria. It is able to naturally, and effectively, eliminate any pathogen that is unfortunate enough to cross its path. Oregano oil heals through a process of feeding the cells, cleaning the cells and destroying pathogens. No prescription. No side effects.

In ancient Greek physicians prescribed oregano for trauma, wounds, headaches, lung disorders, asthma, seizures, venomous bites and even poisoning. During the middle ages, Islamics used oregano oil as a germ killer and a food preserver. In Britain, oregano was regarded as the ideal remedy for a heal cold in the 17th century.

Another unique and powerful feature of oregano oil is its amazing ability to exercise discretion as it penetrates the cellular wall, bringing nutrients, minerals and vitamins to beneficial cells while immediately neutralizing organisms that are detrimental to life.

Wild oregano is rich in a long list of minerals that includes calcium, magnesium, zinc, iron, potassium, copper, boron, and manganese. Vitamins C and A (beta carotene) and niacin also are contained in oregano.

Oregano oil can be taken internally and topically. It is strong, so when using it internally, start with small amounts, like one or two drops twice daily in juice. Take one drop twice per day working your way to one drop four times per day. Mix with one teaspoon of honey, maple syrup, or olive oil to improve palatability. Take for a period of 15 days and then stop for 15 days. Then repeat the process until you’re cured.

Externally, oil of oregano may also be applied topically to treat itches, infections of the skin, gums, teeth, and just about any orifice in the body, including genitals. Exercise care if you use it in the genital region where it is best mixed with a carrier oil before application (1 drop per teaspoon of oil). Wild oregano has a bite to it so it can burn or tingle. If it’s too much for you, dilute it with more oil.

Rub the oregano oil/carrier oil mixture over your entire body or just the soles of your feet where your pores are the biggest, allowing the oil to enter the bloodstream.

There are no side effects and it is compatible with any other natural remedy or prescription drug.

Why harm yourself with prescription drugs that only treat the ailment and cause more damage to other parts of your body? Try this remedy that actually heals, naturally.