Mar 18, 2015
Rebekah Roth enjoyed a thirty year airline career working as both a flight attendant and an international purser. She was trained as an emergency medical technician and served as a volunteer firefighter. Her expertise and training as a flight attendant allowed her to research the events of September 11, 2001 with an insider’s knowledge, and eventually lead her to discover details and answers to some of the most haunting questions surrounding that infamous day in our history. Rebekah is with us speak about her book, Methodical Illusion, which is the culmination of her extensive research and personal knowledge of in-flight procedures and FAA hijacking protocols. In the first segment, we learn about Rebekah’s inspiration for writing the book and her process of waking up from the spell of cognitive dissonance that prevented her from wanting to take a closer look into the official story. Rebekah talks about the red flags that were present from day one, and the many anomalies that showed the orchestrators of destruction of the Twin Towers did not consult with an actual flight attendant. We discuss the mysteries of Buildings 4, 6 and 7, and the trillions of dollars that were erased with their eradication. Then, Rebekah breaks down several big key elements of the phone calls of 9/11, and how these staged recorded conversations sealed the deal for the military industrial complex to launch the War on Terror, creating the “New Pearl Harbor” that would lead to 7 Middle Eastern wars. In the members’ hour, we look at the psychological warfare and brainwashing techniques used in creating a Hegelian dialectic, along with the conspired solutions to big problems that fattened the wallets of insider corporations. Rebekah gives details of the shadow government in control of everything from radar to national security, the IRS, and the health care industry. Later, Rebekah tells us how she pieced together the paths of the disappearing planes and the manipulated illusions that were created to explain away the impossible crashes. At the end, we discuss media spokespeople, with ties to Zionist circles, the funding behind technology and Israeli intelligence. 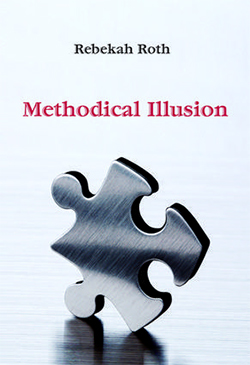