Oct 11, 2009
Dr. David M. Jacobs is an associate professor of History at Temple University in Philadelphia specializing in twentieth century American history and culture. He has been a UFO researcher for 45 years. In 1973, he completed his doctoral dissertation in field of intellectual history at the University of Wisconsin--Madison on the controversy over unidentified flying objects in America. This was only the second Ph.D. degree granted involving a UFO-related theme. He joins us for a three-hour discussion about the history of the UFO phenomena, abductions, the greys and the human-alien hybrid program. Topics Discussed: Ufology, fake UFO, 1966, the UFO phenomena, Jimmy Carter, all UFO investigation since 1975, occupants of the crafts, humanoids, the Betty & Barney Hill case, evidence for UFOs, contactees, Budd Hopkins, hypnosis, 1986, the typical abduction case, missing time, healing the traumatized, channeling, dissociative, David's first hypnosis patient, Travis Walton, assembly line abductions, confabulation and much more. We continue our discussion for another two hours in our members section. David unveils his research into the abduction and the human-alien hybrid program. We discuss a few abduction accounts and different theories regarding the situation that seems to be unfolding according to the research of David and Budd Hopkins. The "program" is changing and moving towards integration between humans and the hybrids. David says they are literally moving into our society. Why? We talk about the alien hierarchy, different races and what the outcome would be if a full integration takes place. How quickly is this happening? It's a very disturbing picture presented. Topics Discussed: psychology, the program, the problems of the scientific community, studying the abduction phenomena, it is not about contact, "Why don't they Land on the Whitehouse lawn?", the violent people theory, ethical non-interference theory, the recon theory, the incremental acclimatization theory, people being paralyzed and followed in their cars by UFOs, nonsensical information, false memories, babies, hybrids, transgenic beings, grey aliens, personal project hybrids, neurological manipulation, passive behavior, neurological control over memory, integration program, neurological, why aliens want to integrate with us, abductions run through family generation, a world-wide phenomena, 6 million people in the US estimated to be abductees, alien hierarchy and races, praying mantis, reptilians and much more.

The Threat: The secret agenda what the aliens really want and how they plan to get it 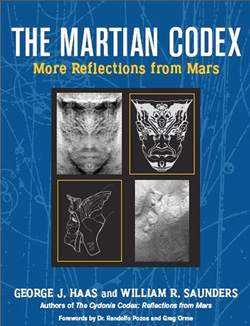