Matthew Heimbach is the original founder of the Towson University White Student Union (WSU). After finishing college, Matthew and the Towson WSU joined forces with other dedicated White activists to create the Traditionalist Youth Network (TYN), a group dedicated to defending faith, family and folk on high school and college campuses around America.

Jack Sen started up British Renaissance after leaving the British National Party (BNP). He was formerly a United Kingdom Independence Party (UKIP) prospective Member of Parliament for Northern England before being unceremoniously, and quite publicly, suspended by his party one week prior to the General Election.

Matt and Jack are back with Red Ice to discuss events surrounding the recent barring of Matt from the UK by the Home Office’s Theresa May. Matt was scheduled to appear alongside Jez Turner at the British Renaissance inaugural Patriots summit, which will be hosted by Jack on November 29th. Matt talks about the “extreme” ideas creating static around his reputation and prompting accusations of "anti-Semitism," "homophobia" and other thought crimes against humanity. Jack describes how the BNP recently pushed him out for being “too extreme,” and we look at the pervasive theme of grassroots Nationalist organizations coming under fire for gathering and threatening the Orwellian status quo. We get into the scary reality of “freedom of speech” and the absurd double standards of hate speech laws, along with the utter hypocrisy of “safe spaces.” Matt and Jack illustrate how the disingenuous left’s fueling of the mad march towards Western multiculturalism is by design for the internationalist agenda to subvert culture and consolidate power. We discuss the lunacy of Islamic caliphates being allowed to organize within Europe to preach extreme hatred for the native populations and carry out heinous crimes against its women and children. We round off the conversation with strategies for promoting peaceful cooperation and solidarity within the growing traditional Nationalist movement. 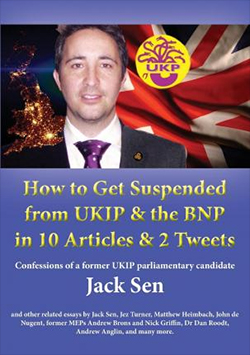