Sep 11, 2013
David Livingstone has been researching the hidden aspects of history for the last 25 years, resulting in three books. David's approach to history is to dare to consider those areas often dismissed by scholars as the subject of cranks, but to investigate these matters with the utmost scholarly rigor. The results are works that expose many neglected areas of history. David returns to discuss themes from his latest book, Black Terror White Soldiers: Islam, Fascism & the New Age. David will discuss how the Muslim brotherhood is a tool used for American policy, ultimately helping to bring in a new world order. In the first hour, David talks about the disconnections in the Islamic world as the true religion is misinterpreted and buried intentionally. Then we'll discuss Muslim brotherhood propaganda with ties that lead to the Rockefellers. We also discuss the connections of the Protocols of Zion to the Memphis-Mizraim rite of Freemasonry and the creation of Sabbatai Zevi's messiahship by the Rosicrucians. David explains how Rosicrucian legend is at the core of the Kabbalah, freemasonry and the occult revival while the roots of Rosicrucian legend originated from Shambhala and Asian shamanism. In the second hour, David speaks about the basis of the Islamic way. We'll talk about multiculturalism and anti-European sentiment. Next, he discusses Synarchism, origins of fascism and the ultimate goal of the elite to fulfill Biblical prophecy. Later, we hear his opinion about the fabrication of the UFO mythos by occultists. 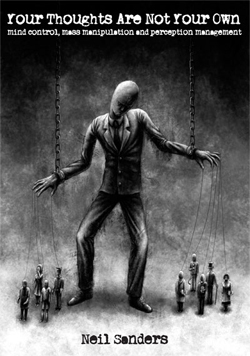