The Dying God, The Illuminati & Bloodlines

Nov 23, 2008
David Livingstone, born in Montreal Canada, began studying towards a Bachelors degree in Western Civilization, at the Liberal Arts College, of Concordia University in Montreal. This college was an experimental program that, instead of studying courses randomly in a given subject, over a period of three years, would coordinate three courses simultaneously, in history, literature and art, beginning with Homer and the Bible, following all the major movements of Western Civilization, culminating in the twentieth century. It was while reading the textbooks provided to him there that he first encountered the curious reference to the emergence in ancient times of the "Indo-European" people, the supposed ancestors of modern-day Europeans, from the mountains of the Caucasus. It was as he began to search out the evidence behind the theory, which he discovered to be founded in an occult doctrine, that revealed the existence of a hidden tradition in the West. David is the author of of "Terrorism and the Illuminati - A Three Thousand year History" and "The Dying God - The Hidden History of Western Civilization". For the first hour of this program, we discuss history as propaganda. David says propaganda is usually employed to garner citizens' support for current political objectives. But, these need to be placed in the proper context, in order to make them appear justified within the greater scheme of things. This fact has long been recognized, since the eighteenth century, there has been a concerted effort to consolidate the media, in order to ensure a perception of reality, that was commensurate with the objectives of the powers that be. Part of this agenda has been the re-writing of history, to nurture patriotic devotion to the collective consisting of the nations of Europe and America as "Western Civilization", to be pitted in opposition with some specific "other". In our case, the "East". In our members section, we discuss the Illuminati and royal bloodlines.

Table of Contents for Terrorism and the Illuminati and Genealogical Charts

More on the Palladian Order by A.E. Waite

Who Are The Illuminati?

The Gnomes of Zurich

The Illuminati, The Rothschilds & London Bankers

The Dying God: The Hidden History of Western Civilization

Terrorism and the Illuminati: A Three Thousand Year History 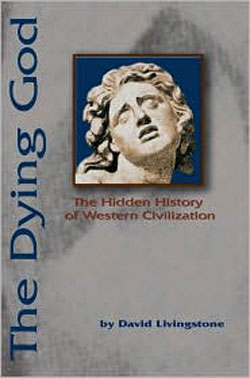