Oct 4, 2013
Tjeerd Andringa is an associate professor of Sensory Cognition at the ALICE Institute at the University of Groningen in the Netherlands. He recently wrote a fascinating paper that provides an in-depth analysis of bureaucracy as a psychological phenomenon. The paper also lists key-features and indicators of encroaching government administration that creates virtual iron cages with papers, rules, forms and protocols. Andringa details the driving forces of bureaucracy from the perspective of cognitive science. He explains that the authoritarian's fear of a complex world is existential, so the technocrat in charge of government or other organizations is quite ruthless in the efforts to simplify the working environment(the real world), in order to try to understand it better. He says that fear is at the root of the problem. In the second hour, we discuss further how bureaucracy applies to both conspiracies and geopolitics. We discuss how behavior drives decisions that can be categorized either as authoritarian or libertarian. A clear distinction is made between authoritarians, who favor more bureaucracy vs. libertarians, who favor no bureaucracy at all. Later, Tjeerd says that bureaucracies always arise under authoritarian control. Authoritarians crave a clear chain of command. He explains that the system becomes dysfunctional when you have intelligence without understanding.

geopoliticsandcognition.com
Direct link to the paper on Bureaucracy
Artificial Intelligence and Cognitive Engineering - ALICE
But is it Truth?
Corpus delicti 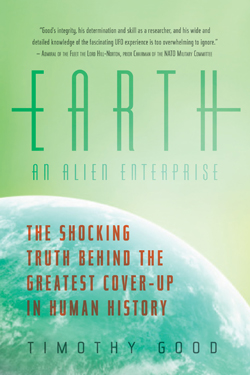