Feb 24, 2013
Richard C. Hoagland is an author, former museum space science curator, a former NASA Consultant and science advisor to Walter Cronkite and CBS News. Through the years, Hoagland has been leading an outside scientific team in a critically acclaimed independent analysis of possible intelligently designed artifacts on NASA and other data sets. He returns to Red Ice to tell us about his detainment at Chichen Itza while on a special research trip, measuring changes in the torsion field. In the second hour, he continues with his story and explains what and how he is measuring. He’ll also talk about competing groups who are trying to discover the secrets of the Maya complexes. Later, Richard discusses the bigger picture of changes happening in the universe. We talk about the effects of these changes on Earth, which he says will become more intense up until 2016. The energy he is measuring could be altering the physical laws of nature as we know them. At the end, Richard explains how 2012 hasn’t even come yet.

enterprisemission.com
Richard C. Hoagland on Facebook
An Expedition into Ancient Mayan Torsion Science during the Grand Galactic Alignment of 2012
Kukulkan
Chichen Itza
Laws of physics "are different" depending on where you are in the universe
Strange Emissions by Sun are Suddenly Mutating Matter
Mysteriously, Solar Activity Found to Influence Behavior of Radioactive Materials On Earth
The Sun Influences the Decay of Radioactive Elements
Fountain of Youth
Progreso, Yucatán
Flux transfer event
A Most Hyperdimensional Eclipse … and Final Venus Transit
Flynn effect
Carnival Triumph
Bible Wrong? Jesus was born years earlier than thought, says Pope
When Was Jesus Christ Born?
Torsion field

Dark Mission: The Secret History of NASA, Enlarged and Revised Edition
The Monuments of Mars: A City on the Edge of Forever, 4th Edition
The Cosmic War: Interplanetary Warfare, Modern Physics and Ancient Texts 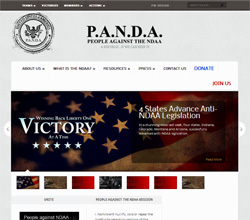