May 30, 2010
Richard C. Hoagland is the founder of The Enterprise Mission, recipient of the Angstrom Medal, former science advisor to CBS News and Walter Cronkite, author of "The Monuments of Mars", co-creator of the "Pioneer Plaque", originator of the "Europa Proposal", and principal investigator of The Enterprise Mission. Richard is also the co-author of "Dark Mission: The Secret History of NASA". He joins us to talk about Phobos, Mars, ancient civilizations, cosmic warfare and much more. We also talk about 2010 - the year we make contact, the secret history of NASA, ET and disclosure. Topics Discussed: censored data, Arthur C Clark, Peter Hyams, Brookings Report, Independence Day, nature of the data released about official disclosure, ancient artifacts, Phobos, life on Mars, Freemason, Buzz Aldrin, obelisk on Phobos, God, 2012, no moon hoax, Russian Phobos-grunt mission, water leaking from Phobos, rendezvous with Rama, Carl Sagan, geometry, Phobos cloaked ship, Battlestar Galactica, hollow moon, Star Wars, war in heaven, Star Trek, Russian Phobos 1 & 2, secret missions to Mars, NASA lies and more. Don't miss hour two with Richard C Hoagland for Red Ice Members. We continue and talk about secrets societies, the ancient priesthood, "the Shemsu Hor" (the sons of Horus) and the slow trickle of information that is being released about our ancient past. Then, we discuss the cosmic clock, preservation and protection of knowledge. Richard also talks about the Norweigan spiral, Obama and the dawning of the "Age of Horus". Later, we talk about AT & T, Bell Comm, glass structures on the moon and our use of fiber optics today. We wrap things up talking about the robot's head spotted on the moon.

The "Age of Horus" Dawns

The Monuments of Mars: A City on the Edge of Forever, 4th Edition 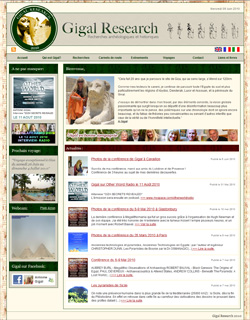