Comet Elenin as a Time Capsule, Norway Attack & The Messengers of Horus

Jul 26, 2011
Richard C. Hoagland is a former museum space science Curator, a former NASA Consultant and was science advisor to Walter Cronkite and CBS News. In the early 1970's, Hoagland proposed to Carl Sagan (along with Eric Burgess) the placement of a "message to Mankind" aboard Pioneer 10 -- humanity's "first" unmanned probe of Jupiter. Since then he has been pioneering the pursuit of uncovering the hidden data of our solar system. He is the author of several books, probably most famous for his theories on the face on Mars. His website enterprisemission.com, is updated regularly with analytical research into current anomalies on our planet and way beyond. In this interview, Richard shares his convincing theory about Comet Elenin, its symbolism, purpose and message which is a positive one. He rips apart the fear-porn propaganda about Comet Elenin as this is a key point in time and someone or something is intervening to steer consciousness into another direction. Could it be that Elenin is a time capsule sent by our ancestors containing important information crucial for this time? Then, Hoagland weaves together an intense eye-opener which connects Comet Elenin with September 11, the original masonic message, the bombing in Norway and the secret space program.

A "Nobel Torsion Message" Over Norway?

The Monuments of Mars: A City on the Edge of Forever, 4th Edition 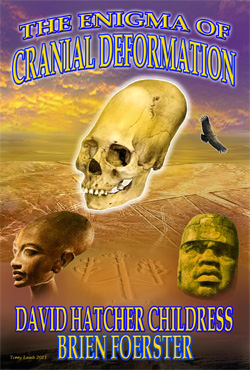