Feb 27, 2011
Peter Levenda is an author who focuses primarily on occult history. Peter has visited more than 40 countries and gained access to temples, prisons, military installations, and government documents for his research. He is president of the international division of a telecommunications company and the author of Unholy Alliance. Peter Levenda's quest for the truth began in 1979 while reading Aftermath: Martin Bormann and the Fourth Reich, by Ladislas Farago, about how Hitler's former Riechsleiter had escaped to South America after the war pretending to be a priest, protected by the "underground railroad" of Nazi sympathizers that operated and still operate all over that continent. In this program, he discusses his work and research on the theme of the secret space program of NASA and the connection to the occult agenda of the Nazis. Peter details how the background of this philosophy spawned from people involved in various Catholic orders, adopted and refined by the Nazis and later it transitioned over to NASA via Project Paperclip. In his book "Unholy Alliance: A History of Nazi Involvement with the Occult" he describes this research in detail. He is also the author of the "Sinister Forces Triology", "Stairway to Heaven: Chinese Alchemists, Jewish Kabbalists, and the Art of Spiritual Transformation" and "The Secret Temple: Masons, Mysteries, and the Founding of America". In the second hour with Peter Levenda, we talk about the Nazis escape after World War II. The Vatican Ratlines took many to South America. We talk specifically about Augusto Pinoche, the Fascist dictator in Chile, Colonia Dignidad (Villa Baviera) and Operation Condor. How much of the illegal drug trade has been a means of funding for ex-Nazis? We also talk about the development of alternative energy, star drive and what the secret space program is all about. Peter talks about NASA and what they have been doing all these years while private companies are now going into space.

The Occult History of the Third Reich (1998)

Did Bormann Run Hitler for the Illuminati?

Was Hitler a "British" Agent?

Project Paperclip: Dark side of the Moon

Unholy Alliance: A History of Nazi Involvement with the Occult

Stairway to Heaven: Chinese Alchemists, Jewish Kabbalists, and the Art of Spiritual Transformation

The Secret Temple: Masons, Mysteries, and the Founding of America 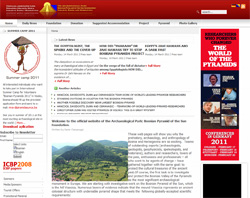