Chinese Alchemy, Freemasonry, the Elite & Leaders above the Law

Nov 5, 2009
Peter Levenda is an author who focuses primarily on occult history. His acclaimed “Sinister Forces” trilogy is a shocking alternative to the conventional views of American history. In the trilogy the roots of coincidence and conspiracy in American politics, crime, and culture are examined, exposing new connections between religion, political conspiracy, and occultism. Peter Levenda researched the material for this book over the course of 25 years, visiting more than 40 countries and gaining access to temples, prisons, military installations, and government documents. He is president of the international division of a telecommunications company and the author of “Unholy Alliance”. He lives in Miami, Florida. In the first hour of the interview, Peter Levenda will talk about his research in "Sinister Forces" and "Unholy Alliance: A History of the Nazi Involvement with the Occult". We’ll also get into his research from his books, "Stairway to Heaven: Chinese Alchemists, Jewish Kabbalists, and the Art of Spiritual Transformation" and "The Mao of Business: Guerrilla Trade Techniques for the New China". Topics Discussed: China, development, western money, alchemy, The Big Dipper, The North Star, 7 stages of alchemical process, Chinese zodiac, ladder of seven stars, Ezekiel, Merkabah, Daoism, Taoism, Liuzhou, religion, watching the stars, Falun Gong, Tibet, libraries, Nazism, language, Cantonese, Mandarin, could the arm of the occult forces be reaching to Tibet and China, Chinese Communism revolution, philosophy of Communism, George Soros comment on China and much more. Join us for our second hour with Peter Levenda as we talk about masonry, the rituals and the origins. Peter will also talk about the many denominations that exist, the Knights Templar, the Illuminati and the Catholic connection. Then, he talks about initiation rituals and secret society rituals. We talk about the need for people to belong to organizations and the problem of secrecy. Also, Peter talks about the building of Solomon's temple, religion and the Jewish roots of masonry. Later, we talk about the CIA, Yale, Skull and Bones, military lodges, mind control and the elite that are above the Law. Topics Discussed: Freemasonry, P2, conspiracy theories, American Revolution, royals are heads of many orders, Constantine, Catholic church, Freemasonry reformed, co-masonry, Prince Hall, denominations, Knights of Malta, Skull and Bones, religion, secret society, Patriot Act, Freemasonic rituals, Jewish roots, book of the law, Hiram Abiff, templar connection, Jacques de Molay, Chinon parchment, Knights Templar and Catholic church have been fighting, The Men Who Stare at Goats, rituals, spiritual practices, occult ceremonies, trauma and ritual, masonic ritual, ritual magic, MK-Ultra, Manchurian Candidate, connecting to a group, consciousness altered, apocalyptic sects, rotary, Boy Scouts, bound by oath, Solomon's Temple and much more.

Daoist Alchemy in the West: The Esoteric Paradigms

Stairway to Heaven: Chinese Alchemists, Jewish Kabbalists, and the Art of Spiritual Transformation

The Secret Temple: Masons, Mysteries, and the Founding of America

Unholy Alliance: A History of the Nazi Involvement With the Occult 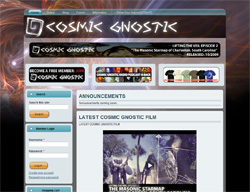