Sep 9, 2007
Andy Lloyd is recognized by many as a leading authority on Planet X research and its historical relevance. Andy holds a BS in Chemistry, is the author of several books including, The Dark Star and he is a freelance artist in England. During the first hour of this program, Andy Lloyd talks about the existence and evidence for Planet X. For members in hour two, we discuss "The Return of the Gods", and the “Dark Star” in connection to Freemasonic symbolism. We also discuss the Anno Lucious calendar, alchemical art, the origins of the Rosicrucians, Nostradamus, President Garfield, calendars, 2012, catastrophe, prophecy, the Hopi's Blue Kachina and the symbolism of the “Dark Star” on a psychological level.

Many planets may have double suns

Appearance of Mira in Cetus, Prophetic Signs - The Red Kachina?

The Dark Star and Science

The Dark Star and Mythology

The Dark Star in Esoteric Traditions

The World Won't End The Way You've Been Told 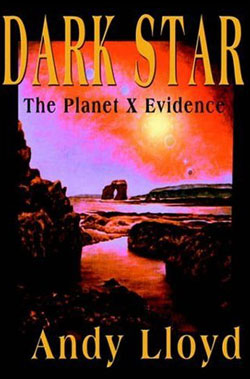