The Dark Side of Occult Symbolism & Christianity

Apr 10, 2011
Jordan Maxwell continues as a preeminent researcher and independent scholar in the field of occult / religious philosophy. His work on the subject of secret societies, both ancient and modern, and their symbols, has fascinated audiences around the world for decades. Considering the rapidly moving events of today, and the very real part that hidden religious agendas play in our modern war-torn world, he feels these controversial subjects are not only interesting to explore, but too important to ignore! In this interview, Jordan begins talking about symbolism found in the underworld of darkness, which was rooted in the ancient world. These same symbols are still being pushed today and people eat it up. He also discusses the occult aspects of war. Jordan says that current events are irrelevant because the "dark stuff" is timeless. Then, he talks about the purpose of detroying the real history. Later, Jordan discusses Jesus, Christianity and religion. He says religion is not based on the true spirit of God and that religious followers are not connecting to the true divine spirit. Also, the original concepts of Christianity are not present in today's Christianity. It is an ancient story that has never been told. We wrap up briefly talking about Lucifer. Jordan also shares a message given to him by a psychic lady.

Scientist accused of playing God after creating artificial life by making designer microbe from scratch - but could it wipe out humanity?

Lucifer - Where did the Word come from and what is its True Meaning?

Why are Saturn’s Rings Disappearing?

Books and DVDs from Jordan Maxwell

Lana Corrine Cantrell - The Greatest Story Never Told: A Scientific Inquiry into the Evidence of the Fall of Man from a Higher Civilization in Antiquity 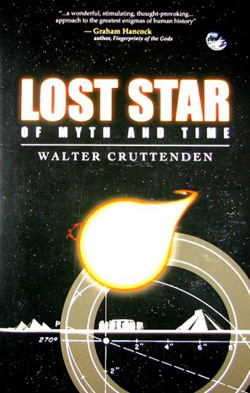