Dec 16, 2010
Jordan Maxwell has been researching secret societies, occult philosophies, and ufology since 1959. His work is vast, extensive and covers many different areas. It is not only fascinating to explore, but too important to ignore. In this program we ask: where do we come from and where are we going? We cover the mysterious past of humanity to the modern ongoing “dumbing down” of the human family and our transhuman future. Don’t miss this three-hour program as we explore the mysterious, tackle problems and discuss the philosophy of Jordan Maxwell. Topics discussed: the mutation of the human race, the “new man”, science, the mysterious, religion, teachers and geniuses, Nicola Tesla, Royal Rife, technology, J. Craig Venter, world wide plague, arrest development, community responsibility, astrological ages, occult studies, ad hominem attacks, Helena Blavatsky & Manley Palmer Hall, Theosophy & Freemasonry, Gore Vidal, intellect, wisdom, knowledge, the mind of God, spirituality, synchronicity and much more. We continue for two more hours with Jordan Maxwell in our members area. We discuss the current state of the world. Then, we talk about mysteries. Next, Jordan shares his thoughts on the new age and the Age of Aquarius. We also talk about the importance of questioning your reality and realizing there is a spiritual divine presence in the universe. Later we talk about religion, the intervention theory, symbols, Knights Templar, Bible codes, the Holy Grail, Satan, the Devil, Lucifer, God, the mystery of the rings of Saturn and much more. Topics discussed: Stellar theology and Masonic astronomy, symbols, sex and the stars, occult theocracy, manipulation, questioning your reality, divine wisdom, Charles Fort, strange stuff, judgment, the Jewish messiah, symbol of the pyramid, the crusades, the Holy Grail, Petra, Jordan, Lucifer, Prometheus, Tohu wa-bohu, Elohim, henotheistic, the contract with god, artificial rings of Saturn, interstellar communication, Sabbath and more.

Scientist accused of playing God after creating artificial life by making designer microbe from scratch - but could it wipe out humanity?

Morality is modified in the lab

Immortality only 20 years away says scientist

'We'll be able to upload our brains to a computer'

Lucifer - Where did the Word come from and what is its True Meaning?

Why are Saturn’s Rings Disappearing?

Books and DVDs from Jordan Maxwell
Lana Corrine Cantrell - The Greatest Story Never Told: A Scientific Inquiry into the Evidence of the Fall of Man from a Higher Civilization in Antiquity

Liberation into Subversion: The World Revolution MovementOvershadowing of the Human RaceThe Dark Side of Occult Symbolism & Christianity 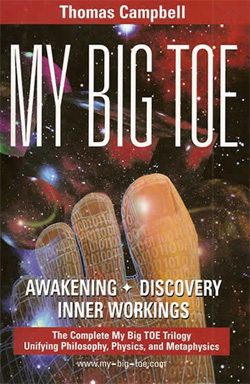