Feb 22, 2007
Peter Levenda author of "Unholy Alliance" and "Sinister Forces - A Grimoire of American Political Witchcraft" joins us for an excellent conversation about his books, his work and research. We begin talking about the term "Grimoire" and quickly move on to talk about Charles Manson, H.P Lovecraft and the ancient history of America. We address the JFK assassination; Peter draws some extremely interesting threads and connections between people and "coincidences" surrounding the murder. Peter also discusses “the nine" and the contact that took place between nine otherworldly entities and nine humans (some including Astor, DuPont and Forbes) during a séance in the 50's. Additionally, we also get into talking about project paperclip and the connection between the Nazis and the US, and much, much more. We begin talk about synchronicities in time, the UFO crash in Roswell in 1947 and Aleister Crowley's death, in the second hour. Peter discusses the "Babalon Bunch," Jack Parsons and L. Ron Hubbard’s ritual magic in the White Sands missile testing area during the same time period and the possible connection to the UFO phenomena. Later, we talk about magic, what it is and if it really works. Peter also addressed Hollywood, acting techniques and the connection to mind control. Peter gives his take on the destruction of the World Trade Center on 9/11 and some synchronicities surrounding the event. We talk more about time, consciousness, the unconscious collective and conspiracy vs. coincidence. Can we unconsciously tap into knowledge of a future event? The interview ends in a discussion about spiritual transformation. 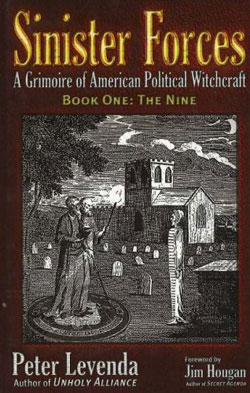