Oct 31, 2014
Tracy R. Twyman is an American non-fiction author, born in Kansas City, Missouri. She writes about esoteric history. She is probably best known for her books The Merovingian Mythos and Solomon’s Treasure. In recent years she has pioneered what she calls "Alchenomics," the study of the relationship between alchemy, economics, and the evolution of money through the ages, which culminated in her book Money Grows on the Tree of Knowledge. Before writing books, she made a name for herself as the Editor and Publisher of a highly unique underground cult magazine entitled Dagobert’s Revenge, published from 1996 to 2003. Tracy returns to the program to talk about her latest book Clock Shavings. She’ll tell of a Ouija board investigation that started with the aim of contacting dead French artist Jean Cocteau in order to glean clues about the secrets of the Priory of Sion and the grail bloodline. The brethren of Tracy’s occult order Ordo Lapsit Exillis ended up getting in contact with demons from beyond the veil who claimed to be Cain the Murderer, Baphomet the Goat, Lucifer the Lightbearer, and Satan himself. She tells what they had to say. In the second hour, Tracy shares what she was told about the Black Sun, the origins of chess and an older version of the game called Ageio, meant to teach the story of the war in heaven. Later, we discuss the coming reign of the Anti-Christ, fallen angels, Tartarus, the deluge and the end of the world.

The Works of Margaret Murray
The Witch Cult in Western Europe [1921]
Chess, Ageio and the Second Square: Excerpts from Clock Shavings, by Tracy R. Twyman
The First Book of Adam and Eve Also Called The Conflict of Adam and Eve with Satan
Baphomet
History of the Knights Templar
Tartarus
Phone (SIRI) Says “Gates of Hades” Will Open July 27th 2014: Sick Hoax Or Is There A Logical Explanation For It
Debunking the mystery of Siri and the Gates of Hell

Alice In Chains - What the Hell have I 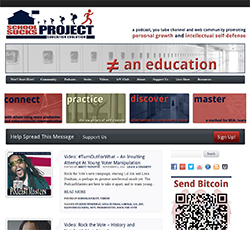