James Allsup is a YouTube partner, writer, and former political operative. He runs a YouTube political commentary channel with over 100k subscribers, writes for The Liberty Conservative, and was the Senior Adviser for the Students for Trump organization in the 2016 election cycle. He is a senior at Washington State University and former chairman of the Washington College Republicans Federation.

James joins us for a lively discussion on globalism, Trump, the Alt-Right, and much more. We first discuss James’ background, including how he came to be involved in politics. This leads to a discussion on the current state of American universities. James fills us in on the recent insanity at Evergreen State, where White students and professors have been terrorized for refusing to submit to the demands of social justice warriors. Switching gears, we discuss the pitfalls of democracy, the reality of identity politics, and the red-pilling effect Leftist academia is having on students. The first hour concludes with a discussion on Donald Trump, the Alt-Lite, and how criticizing blue-haired feminists will only take us so far.

In the members’ hour, we give some consideration to the theories regarding the murder of Seth Rich. We examine some of the evidence, which James finds to be cause for suspicion. We then discuss diversity. James notes that the logical conclusion of diversity is simply fewer Whites – not a multicultural utopia. Later, we discuss globalism, and the elite’s efforts to destroy true diversity through the mass mixing of cultures. James then argues that this, combined with anti-White propaganda, is convincing non-Whites to blame everything on White people. The members’ hour explores a number of other topics, including the future of Rebel Media. 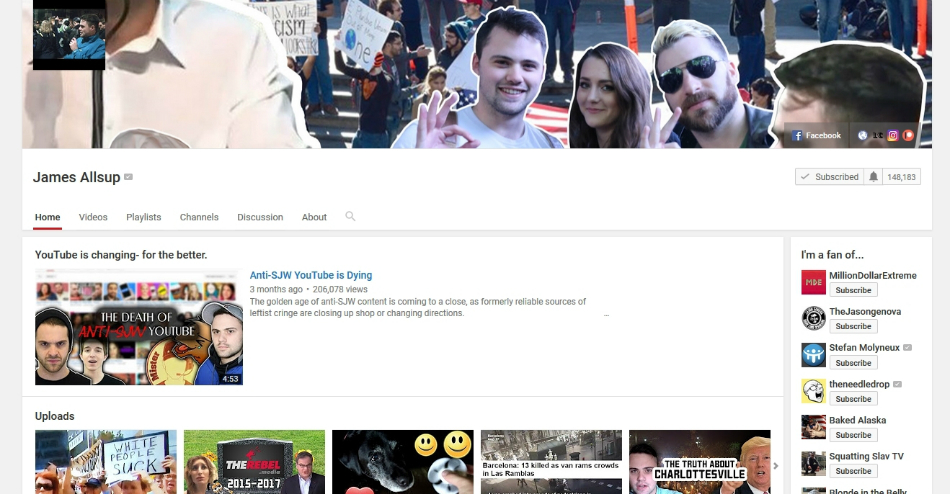