Cultural Marxism & The Psyop in Europe

Jul 7, 2014
Thomas Sheridan is an author, artist, musician, satirist and independent researcher, best known for the book, Puzzling People: the Labyrinth of the Psychopath, along with his writings on socio-cultural engineering, propaganda and the influence of late Victorian occult societies and policy think-tanks upon the creation of both Fascism and Bolshevism, and the paralysing shadow these aristocratically created and cultivated symbiotic ideologies have cast upon the face of humanity. In the first hour, we'll talk about cultural Marxism as a corrosive force in Europe that piggybacks on the environmental movement, the gay rights movement and other minorities to further its cause. Then, we'll discuss Germany as the heart of Europe and those who sought to create a new kind of German, a mechanical man. Thomas talks about the making of a Bavarian Bolshevik and a great psyop that took place in Germany. Later, we discuss how Europeans have been fractured by Semitic traditions and archetypes. In the member's hour, Thomas elaborates on the extraordinary heritage of Europeans, which is diverse and should be celebrated not shunned. He talks about how European folklore, sagas and mythology help to change consciousness. Also, we discuss disinfo coming out of Hollywood surrounding European history and the psyop of the "White man's burden." We'll talk about Irish slaves, the American Civil War and re-examining history. Later, we'll discuss the portrayal of the "dumb White man" as well as the Marxist instigated war between women and men. At the end, Thomas elaborates on winning the culture war.

The “Brand” New Purple PillThe Labyrinth of the Psychopath, The Intraspecies Predators & Transhumanism 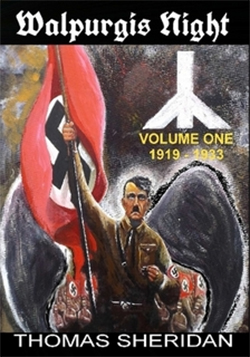