Oct 31, 2013
Thomas Sheridan is an artist, writer and musician from Ireland. He is the author of Puzzling People: The Labyrinth of the Psychopath and The Anvil of the Psyche. We'll discuss Russell Brand's interview on British Brain Control (BBC) where he advocated a SOCIALIST EGALITARIAN system based on the massive redistribution of wealth to solve today's political problems. We'll talk about why a socialist egalitarian system will most definitely not solve problems or free the people. Thomas explains how Russell Brand, the arm chair socialist, is not waking people up. Brand is put on the TV screens to placate the ones already 'awake', and to put you back to sleep in the belief that this is some kind of victory. It's isn't - it is showbiz being used as a social engineering tool yet again. We'll talk about Brand's connections, including The New Statesman, started by the Fabian Society, the London School of Economics, symbolism around him and his ideas of a new age collective utopia. We address the true problem and talk about the real solution. In the second hour, Sheridan explains his analogy of the socially acceptable "Brand new purple pill," the third option now available. He speaks about how various movements have been taken, co-opted and watered down to dampen the truth. Then, we get into the idea of forced wealth redistribution vs. voluntary giving in a truly free society and other crimes against nature in a socialist egalitarian system. Later, we speak about the oxytocin effects of celebrity and powerful elite that can create hysteria.

thomassheridanarts.com
Russell Brand's Fantasy of a Socialist Egalitarian Utopia - Red Ice Commentary
Larken Rose: Russell Brand, Get a Clue!
Russell Brand Calls For "Massive Redistribution of Wealth", "Socialist Egalitarianism"
Well Connected Russell Brand
Russell Brand isn't Waking People Up - He is Putting You Back to Sleep
The Purple Pill Cometh
Memoirs Illustrating the History of Jacobinism
A Wolf in Sheep's Clothing - The Fabians
New Statesman
The Fabian Story - The London School of Economics & the New Statesman
Fabian G.B Shaw: "Sir, or Madam, now will you be kind enough to justify your existence?"
Michael Tsarion. Fabian Society, FreeMasonry
(Full) In the Shadow of Hermes by Jüri Lina (2009)
The Fabian Society, Communitarianism, and the New World Order
Eat the Rich!
The Soviet Story
Was the 20th century the bloodiest? Yes! Thanks to Communism!
Russell Brand shells out $2.2M for elegant Hollywood Hills mansion
Introduction as to How a Voluntary Society Could Function
"Folkhemmet" – Sweden's Fascism in slow motion
Apollonian and Dionysian
Jimmy Savile
Egalitarianism as a Revolt Against Nature
Fountain of Regeneration 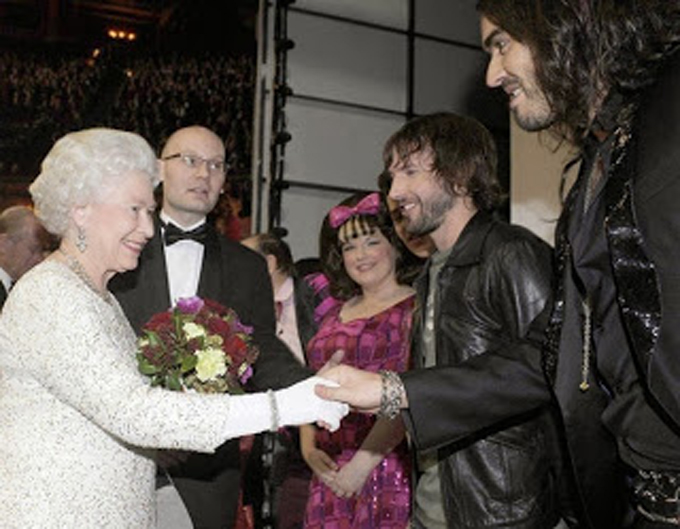 Cultural Marxism & The Psyop in EuropeThe Labyrinth of the Psychopath, The Intraspecies Predators & Transhumanism