The Labyrinth of the Psychopath, The Intraspecies Predators & Transhumanism

Jun 26, 2011
Thomas Sheridan is an artist, writer and musician from Ireland. His first major book Puzzling People: The Labyrinth of the Psychopath, is a first-person account of the cheats, the charlatans, the liars, the neglectful parents, abusive teachers, two-faced politicians and their Psychopathic Control Grid, tyrannical bosses and colleagues from hell we have all encountered, including the lying lovers who use us then lose us in an instant. Puzzling People takes a look at how the minds of psychopaths work and why, and focuses on what you can do to survive and thrive and ultimately escape forever. In the first hour of this interview, Thomas will talk about the individual psychopath. He'll talk about their consciousness, drive and tactics and will share a personal story of his experience with a psychopath. Thomas will tell us how psychopaths serve as evolutionary triggers and what we need to do to break free of them. He says we are at the cusp where the psycho control grid either tightens or loses control because of awareness. In the second hour for members, we begin talking about the psychotic nature of the God in the Old Testament. Then, we move onto the psychopathic tendencies of politicians and ideals in politics, including the grand visions for humanity. Also, Thomas discusses movements such as The Zeitgeist Movement and The Venus Project. He'll talk about the negative side of centralization. This leads us into psychopathic elements in the scientific community, peer review and technology. Later, we talk about the"with us or against us" attitude and the lack of intellectual abilities to have a true analytical conversation these days. Thomas says difference is necessary for evolution. However, the psychopathic agenda is hardwired for destruction. Thomas ends talking about the solution to shut down the psychopathic control grid.

Puzzling People: The Labyrinth of the Psychopath

Without Conscience: The Disturbing World of the Psychopaths Among Us

The Mask of Sanity: An Attempt to Clarify Some Issues About the So Called Psychopathic Personality

The Sociopath Next Door 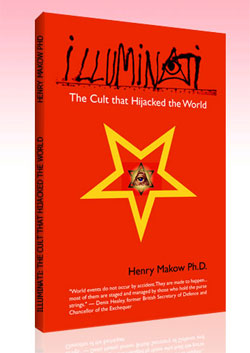