Jul 19, 2009
Mike Bara is an author, screenwriter and lecturer. Mike’s first book, “Dark Mission-The Secret History of NASA” (co-authored with Richard C. Hoagland) was a New York Times bestseller in 2007. Mike has made numerous public appearances lecturing on the subjects of space science, NASA, physics and the link between science and spirit. He began his writing career after spending more than 25 years as a “Card carrying member of the Military-Industrial complex” where he worked for a wide variety of aerospace companies as an engineering consultant and designer. Mike joins us to discuss ”Dark Mission” about NASA, the occult space program and the missions to the moon. Topics Discussed: Apollo 11, color images from the Moon, face on Mars, is our moon artificially built?, constructed solar system, life on Mars & Venus, Bodes law, tidal locked relationship of planets and Moon, secret societies on the Moon, Masonic ritual on the Moon, Isis, Osiris, Horus and Set, SS, JPL, ruins and structures on the Moon, alchemical ritual on the Moon, occult project names, logos of NASA, Orion, ritual alignment model, Apollo 11, Apollo 17, proof, Bell Labs, Bell Com and AT & T, why haven't we been back on the moon?, salvaging of technology, NASA admits Moon landing tapes were erased, alien presence on the Moon, ruins and structures on the Moon, crystal towers, glass domes, the shard, face bombed, human lion hybrid face, LCROSS bombing of the Moon, Temple 1, water on the Moon and much more.

ESA photos of Cydonia - the face on Mars

The Moon - What Is It And Who Made It?

Armstrong Moon Video Update - Is This An Experiment?

Why do some people believe the moon landings were a hoax? 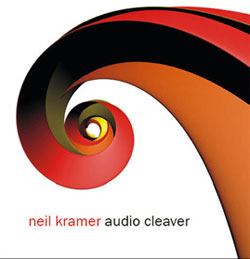