Dharma, Natural Law: A Remedy to the Spiritual Crisis in the West?

Sri Dharma Pravartaka Acharya is a renowned spiritual teacher, vedic scholar, and religious leader. In addition to being a spiritual master, Sri Acharyaji holds a Ph.D. in Languages and Cultures of Asia at the University of Wisconsin-Madison, with a focus on Religious Studies and Philosophy of Religion. He is also the author of The Dharma Manifesto: A New Vision for Global Transformation.

Acharya joins us for an enlightening conversation on the intersection between spirituality and politics. After a hearing about Acharya’s ideological journey, we discuss his book, The Dharma Manifesto, which uses ancient wisdom to solve modern problems. We then discuss dharma, which Acharya defines as natural law. We learn that this concept has equivalents in many other religions, including Buddhism and Taoism. Switching gears, we discussing the present state of academia. Acharya argues that students in modern universities, while possessing an honest desire to understand the world, unfortunately wind up being indoctrinated into believing that dharma – the natural order of the cosmos – is wrong. The first hour concludes with a fascinating discussion on Abrahamic religion, including its history and different branches.

In the members’ hour, we begin by discussing the West’s current crisis. We discuss the new world order, otherwise known as globalism, which is threatening the existence of Western civilization as we know it. Acharya makes a case for Marxism being the fourth branch of Abrahamism, due to its utopian aspirations and binary approach to other ideologies. We then discuss the situation in Europe, including its low birth rate. Acharya points out that, if the ruling elite truly valued the existence of the European people, it would instate social programs that would lead to higher fertility rates. The members’ hour also covers a number of other topics, such as the refugee crisis, leadership, and the Kali Yuga.

Dharma, Natural Law: A Remedy to the Spiritual Crisis in the West?

The Lord of the Rings: The Return of the King OSt - The White Tree 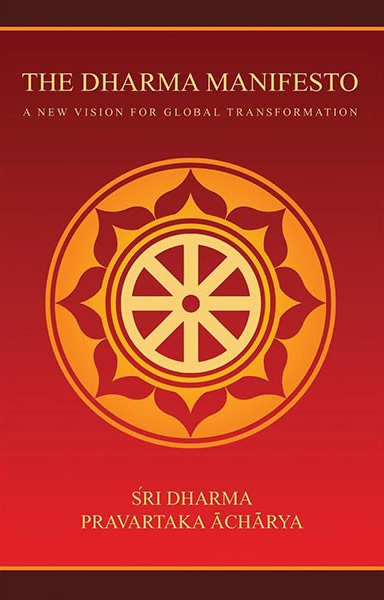