Oct 2, 2008
Hugh Newman is an earth mysteries and esoteric science researcher. He organises the Megalithomania Conferences, co-edits Avalon Rising magazine and coordinates talks, films and workshops at numerous festivals. He has researched the Indigo child phenomenon and published a book on the subject. His most recent book, Earth Grids - The Secret Patterns of Gaia's Sacred Sites, has been published by Wooden Books. He is an honorary member of The Antiquarian Society and has spoken at conferences in the UK, Malta, Peru and North America. In the first hour of this program, Hugh talks about Earth energies, the Earth grid, megaliths, the Neolithic period and his book, "Earth Grids: The Secret Pattern of Gaia's Sacred Sites". We begin by discussing Hugh’s background and research, then talk about the time of origins for many megalithic structures around the planet. During hour two for members, we talk about the different megalithic sites and their properties connecting to fertility technology and how they boost the energy and yield of seeds. We talk about, basalt stones, rock dust, quartz crystal technology, ancient catastrophe, earth changes/climate changes and how this could have encouraged the ancients to build some of the megalithic sites around the world. We talk more about crop circles, the theories, ideas and purpose. We spend the last portion of segment two by discussing Hugh's book about the Indigo Children called "The Psychic Children".

Stone Age Survival - Earth Energies, Fertility and the Secrets of the Stones - Video Lecture By Hugh Newman from Holisticchannel.org.uk (Scroll down to Hugh Newman) 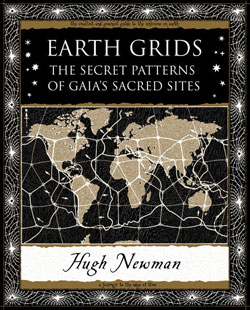