May 2, 2010
Hugh Newman has been researching the psychic children and alternative health for five years. He is also a crop circle and earth energies researcher and writes for various magazines and publications. He co-edits 'Avalon Rising' and runs workshops and lectures around the country on all these subjects. Hugh Newman returns to the program to talk about the upcoming Megalithomania conference as well as his recent trip to Mexico, Guatemala, Honduras and Belize in search of the pre-Mayan megalithic civilization that flourished as far back as 7000BC. Mexico is famous for its Mayan and Aztec architecture but Hugh has discovered evidence of a much earlier cultures that was of "megalithic" origin and was the inspiration behind the Mayan emergence. In this interview, we talk about the Olmec, Zapotec, Toltec, Mixtec and Aztec peoples. Topics Discussed: John Michell, Megalithomania & megalithomaniacs, archeo-astronomy, Robert Heath, Paul Devereux, mainstream archeology, narrow-minded academia, Robert Bauval, Michael Tellinger, Adam's Calender, Anthony Thorley, landscape zodiacs of Britain, causality, Christianity, Roman, Alexander Tom, astronomical alignments, the temples are the books, Christopher Dunn, Graham Hancock, Tom Brooks, Modern Antiquarian, Francisco Pizarro, Hernán Cortés, religious philosophy, Quetzalcoatl, 1591, Viracocha, sacrifice, serpent symbolism, feathered serpent, our lost past and much more. In our next hour with Hugh we discuss the Olmecs, their origins, the diverse nature of their culture and ritual sacrifices. Why were so many of the ancient Mesoamerican tribes practicing ritual sacrifice and who were the victims? We talk about the importance of the Mesoamerican ball game. Was this just for entertainment or was there something more behind the game? Then, we discuss similarities to other cultures such as the Egyptians, Polynesians, Sumerians and Assyrians. Did the Olmecs use advanced technology, tools and wheels? Later, we discuss catastrophe, and how the properties on Earth might have been very different thousands of years ago. We end the first hour talking about the shamanic nature of these cultures. Topics Discussed: Yucatan, Olmecs, Carl Munch, date abusing, thousands of year old mounds and monuments, Mayan calendar, the Proto-Olmecs, La Venta, diffusionism, Thor Heyerdahl, Zapatec, the Mesoamerican ballgame, ritual sacrifice, Egyptian carvings, Easter Island, Kharsag, Trilithon on Tonga, statues with Oriental features, statues with glasses, Egyptian pupil-less depictions, Atlantis, Lemuria, bearded gods, advanced tools, using the wheel, catastrophe, magnetic fields, Matthew Sterling, end date on calendar systems, dooms day scenario, catastrophe in 3114 B.C. in Austria, archeo-acoustics, Izapa, shamanic cultures, psilocybin mushrooms, vision induced gods and much more.

Neil Hague - The Rise of the True Human Being, Art & Unlocking the Imagination

Megalithomania: Artists, Antiquarians and Archaeologists at the Old Stone Monuments 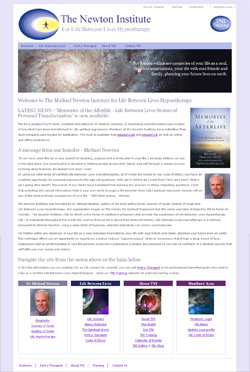