Tom Sunic (Tomislav Sunic) is an author, translator, former Croatian diplomat and a former US professor of political science. Mr. Sunic has published books, essays and newspaper articles in French, German, English and Croatian on subjects of cultural pessimism, politics, metapolitics and European identity. He joins us to discuss the banning of the National Policy Institute (NPI), conference in Hungary by the Hungarian government. NPI is an independent think-tank and publishing firm dedicated to the heritage, identity, and future of European people in the United States and around the world. Based in the US, NPI hosts a number of events inviting top notch scholars and academics for the purpose of debate but the western establishment has labeled these scholars racists and extremists. Minister Sandor Pinter ordered that the scheduled speakers of the conference may not enter or stay in Hungary. Officials at the planned venue for the conference, cancelled reservations and the Hungarian Prime Minister Viktor Orban announced that the government would use “all legal means” to prevent the gathering. When conference attendees informally gathered at a restaurant, the president of NPI, Richard Spencer was arrested in Budapest as Hungary’s government stepped up its attempts to disrupt a gathering of nationalists, traditionalists and identitarians. Around 60 police officers in a dozen police vehicles converged on the Clock House Cafe in Buda late on Friday evening and took the names and passport numbers of everyone in attendance. Tom shares the events as he witnessed. What does this say about the European Union when debate at an academic level is labeled hate speech and banned, when scholars with opposing views are called criminals? Who decides what is freedom of speech and what is hate speech? It is hard to imagine a left-wing conference of any stamp being forcibly cancelled by a government. The banning of the NPI’s congress marks an escalation in state oppression. Tom shares his thoughts on the matter.

Tom Sunic on Occidental Observer
tomsunic.com
Tom Sunic’s letter to the US Ambassador to Hungary
Defying the Budapest Ban: The Rebel vs the Dissident
The Silencing of the NPI in Budapest
Tom Sunic on Islam and the West
John Derbyshire On Hungary, France, And Britain: “Putinism,” Patriotism, And Populism

The New Right and the Religion of MulticulturalismMetapolitics, Paganism & European Identity 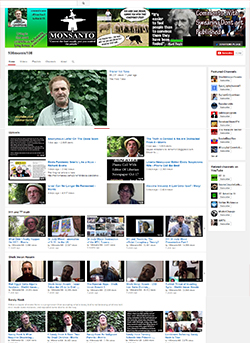