Judgy Bitch (also known as Janet Bloomfield) has an undergraduate degree in Film Theory, a Master’s degree in Business Administration and she has recently been admitted to a PhD program in Entrepreneurship and Innovation, but she is not sure she wants to go just yet. She is a full time mother to her three children and a full time wife to her husband. Her children have never seen the inside of a daycare center and her husband has never made his own sandwich, and that makes her very happy.

We begin by discussing how Janet came to realize the insidious nature of feminism, to which she was first exposed while studying Film Theory. Having grown up on a farm with multiple brothers, Janet found herself unable to accept the notion that women are oppressed. However, her disdain for feminism didn’t fully sink in until she had a son; it was only then that she began truly questioning the experience of men in contemporary society. We also discuss how unfairly the institution of patriarchy has been maligned, despite the fact women are safest when in monogamous, heterosexual relationships. We wrap up the first hour by considering how we can heal the schism that feminism has sown between the sexes.

In the members’ hour, we switch gears to delve a number into broader cultural and political issues. We discuss the alt-right, including Hillary’s amusing speech. Janet expresses that she doesn’t think the alt-right is necessarily “racist” or “anti-Semitic”, and that most of the antics within the alt-right that could be described as such amount to nothing more than trolling. We talk about Trump, with Janet observing that people are tired of getting duped by mainstream politicians and are thus thrilled to finally have a third option. We also consider White Genocide and the urgent need for European nations to stick together. Our conversation concludes with some musings on the necessity of competition, on both an individual and also a group level.

Shut the Fuck Up - Feat. Big Red (Live at the university of Toronto) 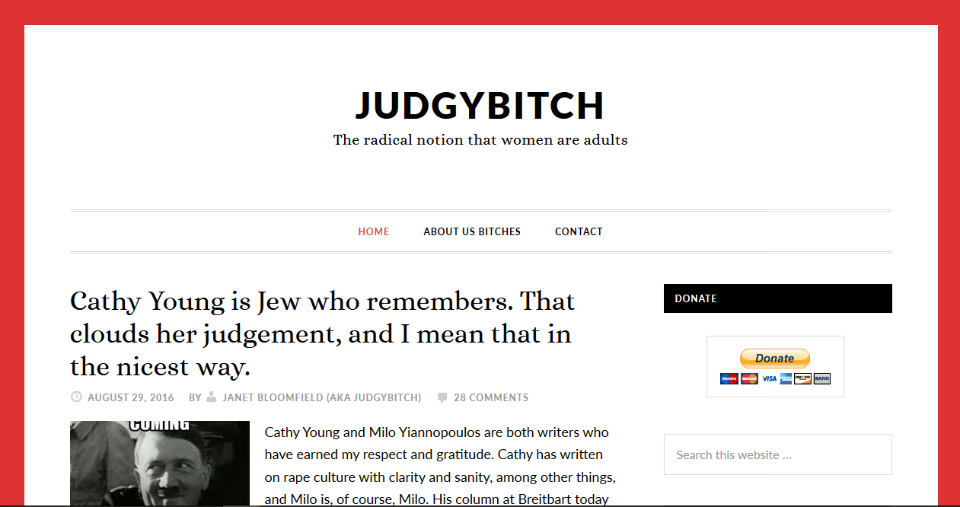