Going Off-Grid, How to Escape the Big Brother System

Nov 10, 2009
Nick Rosen is an author, journalist, campaigner and award-winning documentary-maker. He is the author of "Off the Grid: Inside the Movement for More Space, Less Government, and True Independence in Modern America" and “How To Live Off-Grid”, a guide to escaping the rat race; part of an ecological campaign to change the rules on planning permission via his website Off-Grid.net started in 1996. Nick joins us to talk about how to disconnect from the big brother system, the spies all around us and how to live independently, either within our outside, of the big brother grid. Topics Discussed: big brother, intrusive power of the state, bankers, money, paying the bills, solar panels, being in the system, snooping, Facebook, Twitter, Google, pre-paid phones, data selling, economy, intelligent buildings, information society, controlled human beings, purpose for snooping, predicting our moves, ways to thwart big brother, cashless society, anonymous, Serco, Acxiom, off grid in the city, Luddite, energy, water, Russian gas, peak oil, off grid America, organic products, green labeling, "Ecover", anaerobic digesters, LETS, bartering system, living off grid in the north where the weather is cold, technology being withheld, patents and inventions, General Electric, electric car, battery, lithium batteries, fuel cells, cold fusion, the smart grid and much more.

Big Brother only wants to help you

'Sin Bins' For the Worst Families

How to Live Off-grid: Journeys Outside the System 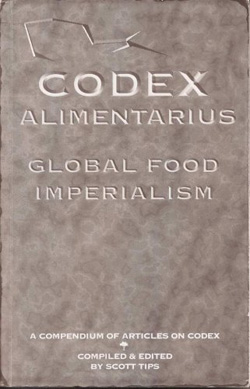