May 3, 2012
Mark Weber -- historian, author, lecturer and current affairs analyst -- is director of the Institute for Historical Review, an independent, public interest educational center and publisher based in southern California. He is a specialist of modern twentieth-century European and American history, and is the author of many articles, reviews and essays dealing with historical, political and social issues. The IHR works to promote peace, understanding and justice through greater public awareness of the past, and especially socially-politically relevant aspects of twentieth-century history. Mark will discuss US foreign policy, World War Two, the Israel-Palestine conflict and conspiracy. He emphasizes the danger in a one sided view of history. We'll talk about how there is a great chasm between what people know and the official story when it comes to history, politics and media. Usually only a minority questions, thinks deeper and second guesses history, and when they do they face criticism. In the second segment, Mark discusses the good and bad in World War One and Two. We'll talk about Germany's predicaments, events before and after WWII, propagated lies about Hitler and his policies. Also, we cover parallels between Hitler's policies and the European Union. Mark explains why a realistic view of World War Two is crucial for our current time. Then, we'll discuss American policy, identity and world crusades. We end the interview discussing the Israeli lobby, Jewish power in America and America's undying support of Israel.

ihr.org
Reichstag fire
Israeli celebrity says she enjoyed video of IDF attacking Danish activist because he looked like a Nazi
Antony C. Sutton
The Balfour Declaration & the Treaty of Versailles
Balfour Declaration
Germany Must Perish!
Judea Declares War on Germany: A Critical Look at the Holocaust and WWII
Jewish boycott of German goods
Revealed: The secret report that shows how the Nazis planned a Fourth Reich ...in the EU
Count Richard Nicolaus Coudenhove Kalergi
Eugenics in Israel: Did Jews try to improve the human race too?

The Israel Lobby and U.S. Foreign Policy
Wall Street and the Rise of Hitler

PJ Harvey - This Mess Were In 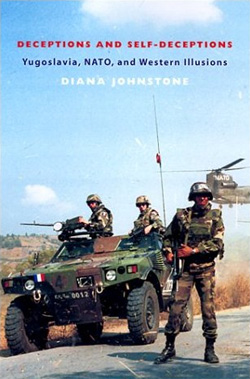