Nov 8, 2013
Mark Passio is an independent researcher, public speaker, radio talk show host, conference organizer and freedom activist from Philadelphia, PA. Mark has undertaken the task of assembling vast amounts of research in the areas of metaphysics, occultism, spirituality, symbology and consciousness studies. In the first hour, Mark discusses an integral approach to truth gathering that utilizes both hemispheres of the brain. He'll explain how a holistic full brain aggregates information. We'll talk what he calls the "5 boxes for consciousness," including the new age movement, rigid scientism, religion and the monetary system that require a belief outside yourself. We discuss aspects of left/right brain imbalance and how to keep in the center hemisphere of your brain, which is the best place to learn and take action. In the member's hour, we discuss the biggest deceptions in the new age movement such as: avoiding the negative, never getting angry, the idea that we're all one and in this together, solipsism, acceptance of everything, the laws of attraction, false notions of forgiveness, chaos as a fearful thing, enlightenment, truth doesn't need to be defended and the savior is coming. Mark details the deceptions weaved into each one of these aspects. 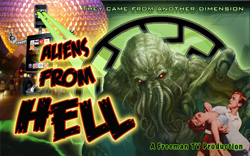