Aug 11, 2014
Mark Passio is an independent researcher, public speaker, radio talk show host, conference organizer and freedom activist from Philadelphia. Mark has undertaken the task of assembling vast amounts of research in the areas of metaphysics, occultism, spirituality, symbology and consciousness studies. Last time Mark was on the program, we discussed New Age deception and the faults and fallacies of this pacifying religion. In this follow up program, we’ll discuss further how New Age belief has been used to quell healthy opposition and hold back rage in response to our subjugation. This ideology is highly useful for globalist elites who go unchecked. Mark also explains the application of self-defense (violence) and healthy, natural responses to the agenda of enslavement. When will good men and women organize and do something about it? In the second hour, we’ll discuss the predicament of our times and explain how the new age, coupled with other recent political inventions and social constructs has been created to plague the west, such as political correctness. Later, we talk about how to fight a multiple front warfare and how to infiltrate the system on all levels. Additionally, Mark speaks about what it really means to become “enlightened.” The second hour ends asking, “What is real spirituality?” 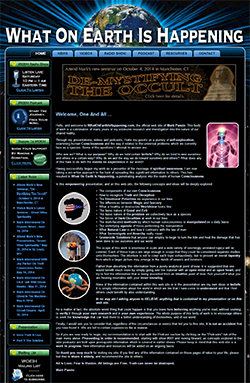