Initiation: The Art of Self-Transformation

Kalki Weisthor, otherwise known as Robert, is an Armanist, Wotanist, student of the Vedas, and former attorney.

Robert returns to Red Ice to discuss initiation: what it is, how it’s done, and what forms it comes in. We first outline the differences between right-hand path and left-hand spirituality, and then consider the usefulness of such a dichotomy. Next, we embark on an in-depth exploration of a number of different religious, occult, and spiritual traditions, including Buddhism, Christianity, and Satanism. Later, we discuss various initiatory practices, ranging from astral projection to meditation. Robert relates to us many of his personal experiences, and offers advice to those interested in exploring the farthest reaches of human consciousness. The show explores all of this and much more, including the relevance of certain metaphysical ideas to the ongoing struggle against globalism. 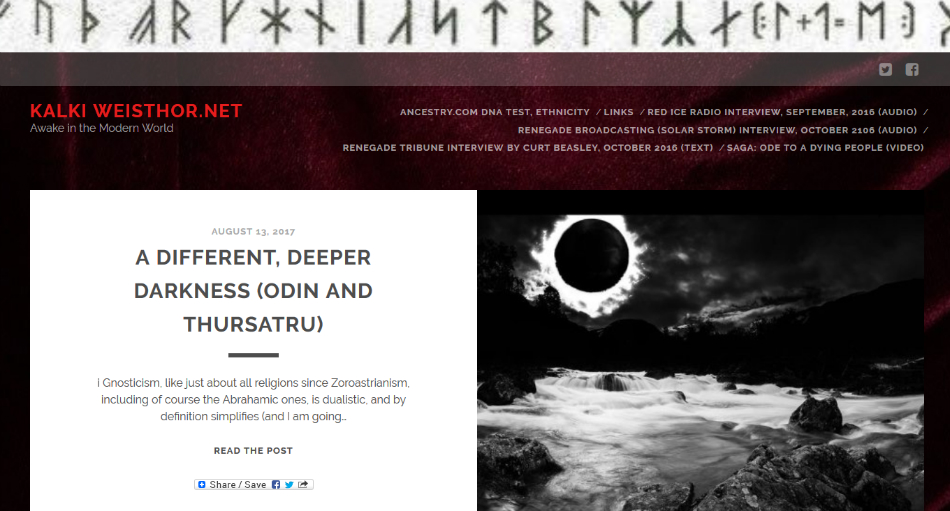