Mar 30, 2015
Historian and former Professor, Dr. E. Michael Jones is editor of Culture Wars Magazine and author of many books including Libido Dominandi: Sexual Liberation & Political Control, The Jewish Revolutionary Spirit and Its Impact on World History, and Barren Metal: A History of Capitalism as the Conflict between Labor and Usury. Dr. Jones is with us to provide his perspective on pornography and the role its exploitation has in the capitalistic subversion of cultures around the globe. We begin with a look at India, a civilization experiencing a rampant rape crisis that has developed since the free exchange of pornography has been allowed over its internet. Jones gives an overview of the sexualization of America through the conduit of Hollywood films. We talk about the steady normalization of degeneracy and corruption occurring in the mainstream and the political and social control achieved through the manipulation of people’s desires. Further, we consider the manifestation of socialist central planning that drives cultures away from their true identities, and this capitalist form of warfare that feeds on exploiting illicit passions. We continue in the second half with Jones’ take on the power and effects of globalism in subverting ancient cultures like India. We discuss how India managed to suppress pornography to satisfy the moral standards of its people until recently and how the shift to sexualization resulted in a reorienting of consumption patterns, the upsetting of relationships between men and women, and alignment with the argument that subversive activity is a democratic right. Later, Jones describes how CIA elites took over the Catholic Church and unleashed an unforeseen plague of sexualization, capitalism and usury. He comments on the ancient roots of Catholicism, Christian monarchies ruled by Jewish financiers across Europe, and the revolting Talmud that refutes and demonizes all things Christian. In conclusion, Dr. Jones speaks of the abandonment of logos in Western culture and the need to reclaim our connection to these fundamental values.

Return of the King OST- The Tomb Of The Stewards 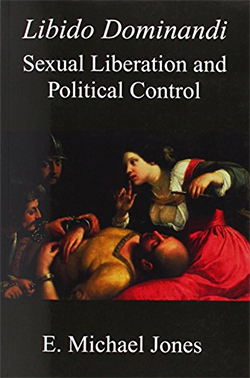