Jun 22, 2015
Justin Garcia or "MC" (Master Chim), as he's called in his martial arts academies, is behind The Pressure Project podcast and The Jungle Gym martial arts academy. A graduate of the NYC public school system, he's evolved to despise a few things… gov't schooling, excuse making, and the defense of mediocrity amongst them. A married, homeschooling father of three sons and one daughter, Justin spends his time lifting weights, arguing with manginas, and embracing his ever-growing role in the creation of a new generation of warriors. Justin is with us to talk about what he calls the Loyalty Matrix, a system that he created in order to logically quantify and define what makes a group. We touch on the recent story of Rachel Dolezal pretending to be a black woman, and what this kind of behavior says about true identity, loyalty and roots. Then, Justin explains the three main components of the Loyalty Matrix – Ritual, Procreation and Survival. We discuss the control mechanism of reducing humanity to commonalities that prevents groups from honoring and promoting their customs and traditions. Further, we look at the victim mindset that keeps certain groups trapped in defining themselves based on the values of other groups, and we explore the question of why it is acceptable to celebrate some groups and not others, especially those of European heritage. In the second hour, Justin gets into the concept of tribe building based on the Loyalty Matrix model. He underlines the importance of embracing the universal familial roles that have already been established for us, along with cultivating individual strengths that will lead to synergistic relationships with others. We talk about the value in maintaining a fit body and a sharp mind, dealing with addiction problems, and acknowledging the fact that it is a disservice to defend mediocrity. Justin emphasizes the idea that nothing weak survives, and building a relationship with violence is necessary in preserving and protecting the natural order. He adds that defending one’s honor is an essential component of any successful tribe, which is a skill that can be refined through ritual based violence. Later, Justin shares his views on homeschooling and parents who hand their children over to government institutions to be educated. At the end, we consider some of the egalitarian programming that has resulted in the “leaves of society” generation. 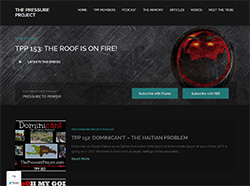