NO to the Second Lisbon Treaty Vote

Anthony and Derek from Wise Up Journal and We Are Change Ireland join us to discuss the second Lisbon Treaty vote in Ireland. Wise Up Journal documents specific pertinent news from sources around the world, mostly focusing on alternative news topics. Wise Up Journal also produces it’s own content from news articles to documentaries. We Are Change is a citizens based grassroots peace and social justice movement working to reveal the truth behind the events of September 11th, as well as other suspected false flag attacks that have taken place around the world. Their mission statement says, ”We are here to expose any criminality by all governments or corporate elite who remain suspect in these crimes”. Furthermore, We Are Change is a nonpartisan independent media organization comprised of patriot journalists working to hold those engaging in activities that do not represent the wishes of “We the People” – by asking the hard questions that the controlled mainstream media refuses to do. Topics Discussed: Jim Corr from The Corrs speaking out against the Lisbon Treaty, Truth Coalition Ireland, Sovereign Independent, workers rights, Lisbon Vote propaganda in Ireland, Article 42.3, Article 22.8, Article 47 in the Lisbon Treaty, rioting, action in Cork & Dublin, why should the Irish vote no to the Lisbon Treaty, EU will have a legal personality, EU citizenship, creating the union, could they bypass Ireland if there is a NO vote, "speaking one voice", economically more difficult for the Irish, the majority is in Dublin, who is speaking out against the treaty, NGO's, competing with China, EULEX, EuroCorpse, vote fraud, defense policy and youtube.

Archive for the ‘EU Takeover’ Category

How Much Will A New Federal EU State €ost? - Marta Andreasen speaks on the Lisbon Treaty (Video) 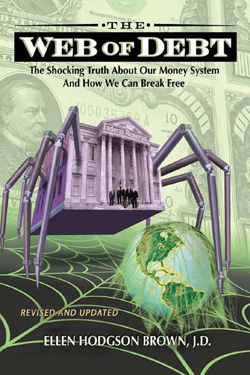