Ryan Landry is a Midwestern family man born and raised in New England. When not working in the financial realm, he maintains the blog 28Sherman and writes every Sunday at Social Matter. His podcast, Weimerica Weekly, is hosted by Social Matter as well.

Ryan returns to Red Ice to discuss the growing similarities between America and the Weimar Republic. We begin by reviewing how the American political landscape has changed since 2016. Ryan draws attention to the escalating street violence between political factions, and reminds us that this was a defining aspect of Weimar-era Germany. We then touch on other similarities between Weimar and Weimerica, including sexual deviancy. Ryan explains that Weimar-era perversion was mostly hidden; in Weimerica, however, people are shamed if they do not accept degeneracy. The first hour concludes with a discussion on multiculturalism, identity, and demographics.

In the members’ hour, we return to our discussion on Weimerica. We touch on the economic factors that led to mass unrest in the Weimar Republic, and give consideration to the possibility of an economic collapse in America. This leads to a discussion on the infamous brownshirts: who they were, what they did, and what their motivations were. Later, we consider the ongoing removal of Confederate statues. Ryan draws a comparison to ISIS, which has been known to destroy the monuments of its conquered subjects. The members’ hour also explores equality, World War I, Macron’s recent victory, and much more.

Monophonic - No No No 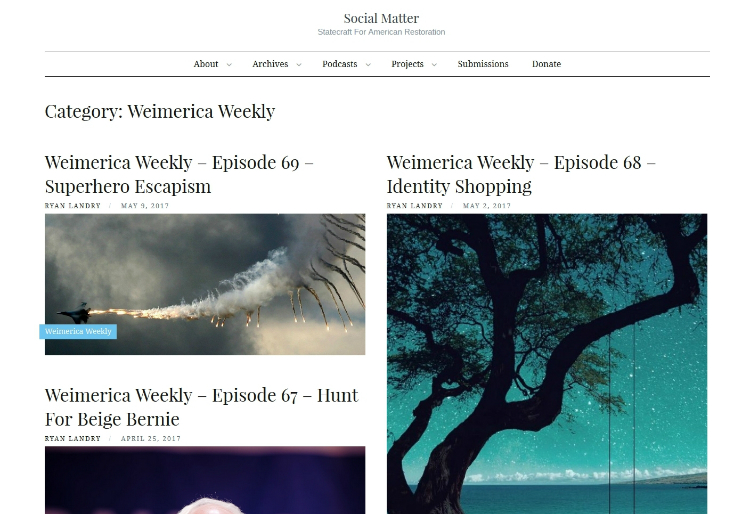